Sadly this is not a dream! The Jonas Brothers have announced their official split and cited ongoing conflicts within the band as the reason on Good Morning America. 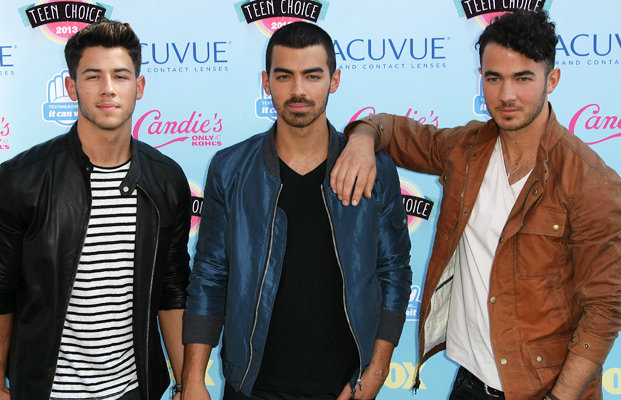 We knew this day was coming, especially in light of recent rumours, but we didn’t expect it to be so soon… Jonas Brothers has officially broken up, and our hearts might never be whole again!

The fellas dropped by ABC’s Good Morning America on Wednesday to address the recent split and reassure their fans that it’s for the better.

“I think it was time, and for us it took some time getting there, but we feel like it’s time that the Jonas Brothers come to an end,” 25-year-old Kevin Jonas said.

But if you want to get technical and point your trembling finger of judgment at someone in particular, it was the youngest, Nick Jonas, who initiated the separation process. Get him!

“We’re family first, and that’s always been our main priority, and so honesty within what we do as a group was really important. I came to the table with the guys just before we were prepping to leave for tour, and I shared my heart with them, my feelings,” the 21-year-old stated during the interview.

“In a nutshell, I said, ‘Look, I feel like we’ve had some complications within the group for a long time without addressing them. I think this train will fall off the tracks without really getting real about some of the concerns and some of the limitations that we may feel as individuals in the group.’ It was a tough conversation… It was the first time we really had that real conversation. It was a few days of working through it.”

It turns out that the Jonas Brothers have been on the rocks for a while and have argued about every creative decision handed to them, from their songs and music videos to even individual ventures. It has been a rough ride for these guys!

“At some point we decided it was best to finish this and support each other and our own ventures down the way,” Joe said.

The band’s latest album, V, was due for release this year but was never completed and will not actually be released. But the brothers have decided to release four tracks from the album for their fans sometime in the future and will be releasing a live album from their summer 2013 tour.

Jonas Brothers gained international fame with their second album, Jonas Brothers, which featured hits like “S.O.S.,” “Hold On” and “Year 3000.” Their third album, A Little Bit Longer, debuted at No. 1 on the Billboard 200 with chart-topping songs like “Burnin’ Up,” “Lovebug” and “Tonight.” Their fourth album, Lines, Vines and Trying Times, was released in 2009 to some mixed reviews and didn’t fare so well on the music charts.

Well, let us mourn the loss of this fun and upbeat band. We’re sure their future endeavours will be nothing short of amazing! For now, let’s indulge in one of their most popular songs, “Burnin’ Up.”

Tell us, how do you feel about the breakup?