O-M-G! A long lost gag reel from the original Star Wars trilogy was released this weekend, and it’s better than a live unicorn! The footage was initially screened at Comic-Con. 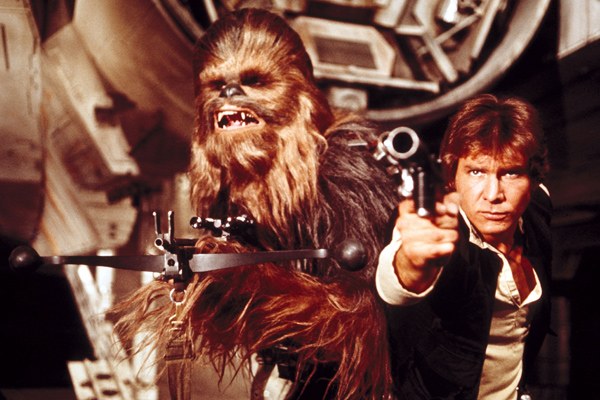 Well, this may just be the greatest release of this decade!

A coveted gag reel from the original Star Wars films, which has only been viewed by a handful of people in the world until now, was released on Sunday and it is awesome.

The “lost” footage was uncovered by J.W. Rinzler during the research for his “Making of” book series for Star Wars, Return of the Jedi and The Empire Strikes Back. He first screened it for a small audience at this year’s Comic-Con in San Diego, but the guests were not permitted to film during the presentation.

But, a Reddit user posted the footage on the website on Sunday, and it has since spread like wildfire all over other networks, including YouTube. It is not our place to ask where this person obtained the footage; we can only thank the cinematic gods for allowing it to be thus.

The first 50 seconds of the clip are silent, but that doesn’t matter! We get to see Harrison Ford goofing around with his headset, Carrie Fisher and Peter Cushing messing up their lines, storm troopers falling and Mark Hamill questioning the pronunciation of “supernova.” What else do you need in your life?

So, if you are Star Wars fan (and really, who isn’t?), indulge in the wonderful gag reel and join us in our giddiness! Let us know what you thought! And. . . may the force be with you (we had to)!