Prince Harry has broken his toe ahead of the 16-day South Pole Challenge for Walking With The Wounded, but, according to sources, he is not dropping out. 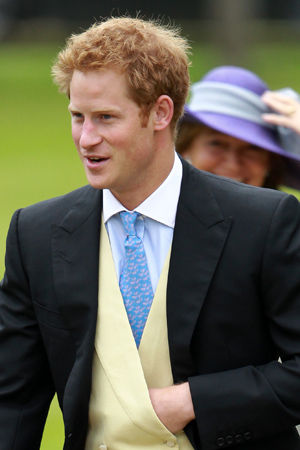 While he didn’t injure himself in service, we think it still counts!

Prince Harry has reportedly broken his toe under mysterious circumstances a few days ago, raising questions about his participation in the gruelling 208-mile Walking With The Wounded South Pole Allied Challenge due to kick off in several weeks. But, according to sources, the fourth-in-line royal has no intentions of dropping out of the race!

A spokesperson for Kensington Palace was allusive whilst tackling the South Pole race inquiries, only stating that the Prince was injured “a few days ago” and “he broke his toe privately.”

According to the Daily Mail, a different aide stated, “Prince Harry will be taking part. The trek is very much on. He’s been seen around and appears to be walking OK.”

Walking With The Wounded is hoping to raise £2 million ($3.3 million) for those injured during military service during the 16-day challenge. Prince Harry will be racing alongside fellow servicemen (in one of the three teams), many of whom have lost their limbs during their deployment in Afghanistan.

“Look at his teammates. They are men and women who have had arms and legs amputated in the service of their country. This is not a big issue for him,” a source told Daily Mail.

The Prince has been in training for months and has even spent 24 hours in a cold chamber to acclimatize to the subzero temperatures of the South Pole. The 29-year-old royal is also more than suited for the challenge having served in Afghanistan himself.

It must be the biggest bummer to not only break your toe, but to also break it right before a huge, exhausting challenge in one of the harshest climates on Earth! All the while, the charity relies on the media exposure you would garner through your participation. No pressure though, Harry!

We hope Harry can recover to take part in this amazing race, but we also hope he will not lose his broken toe to frostbite. Take care of yourself! What do you think? Should Harry sit this one out?