Well then! Star Wars: Episode VII writer Michael Arndt quit the film a year into pre-production and has been replaced by J.J. Abrams and Lawrence Kasdan. 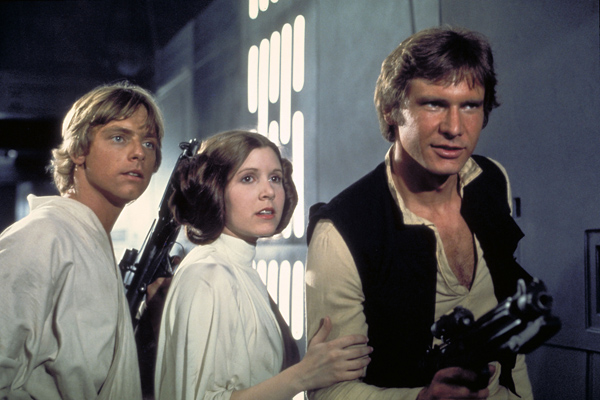 Lucasfilm announced that Oscar-winning writer Michael Arndt has dropped out from the production of Star Wars: Episode VII on Thursday. His position will now be divvied up between Lawrence Kasdan and the film’s director, J.J. Abrams. But how dare he abandon us in our time of need?

“As Episode VII continues pre-production, Lawrence Kasdan and director J.J. Abrams have assumed screenwriting duties for the film. Kasdan, who has been serving as a consultant on the film, is a veteran of several classic Lucasfilm productions, writing the screenplay for Raiders of the Lost Ark and serving as co-screenwriter for The Empire Strikes Back and Return of the Jedi. Acclaimed director and screenwriter Abrams’ credits include Super 8, Mission: Impossible III, Fringe, and Lost,” read the statement on the film’s official website.

We’re glad to see Lucasfilm is on the ball and was able to reassign positions without halting the entire project. Arndt signed up for screenwriting duties in November of last year and has previously won an Academy award for Little Miss Sunshine. It’s a little insensitive, in our opinion, to abandon Star Wars a year into pre-production. It could have stalled the entire process and could have affected hundreds of people already working on the film. Luckily, that did not happen!

“I am very excited about the story we have in place and thrilled to have Larry and J.J. working on the script,” stated Lucasfilm President Kathleen Kennedy. “There are very few people who fundamentally understand the way a Star Wars story works like Larry, and it is nothing short of incredible to have him even more deeply involved in its return to the big screen. J.J. of course is an incredible storyteller in his own right. Michael Arndt has done a terrific job bringing us to this point and we have an amazing filmmaking and design team in place already prepping for production.”

According to reports, Abrams and Kasdan have no intentions of using Arndt’s script but will re-write the entire thing. What does that mean? New story, different characters, different everything! All of our former preconceptions concerning the movie can just be chucked out the window.

But fear not loyal fans! Star Wars: Episode VII is still slated for release in 2015, with production scheduled to begin in the spring. Phew!

What do you think of this huge switch-a-roo? Do you think the film’s release date will be pushed back?