We really did not expect this! Orlando Bloom and Miranda Kerr have announced their breakup and have reportedly been separated for several months already. 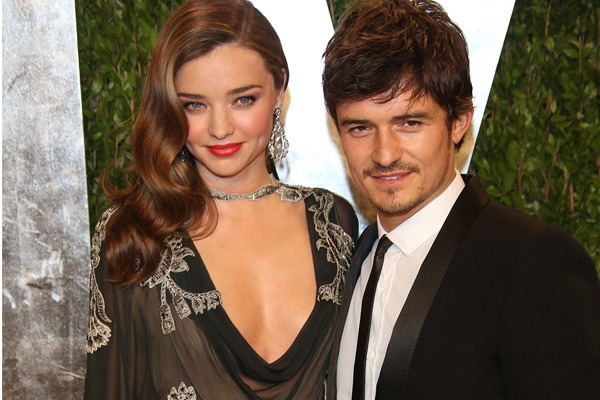 What is happening to the world?

We hope you’re sitting down, because Orlando Bloom and Miranda Kerr have split up! Oh cruel mistress of the universe, why?

E! News was first to confirm the breakup: “In a joint statement, Orlando Bloom and Miranda Kerr have announced that they have been amicably separated for the past few months,” Bloom’s rep told E!. “After six years together, they have recently decided to formalize their separation.”

Adding, “Despite this being the end of their marriage, they love, support and respect each other as both parents of their son and as family.”

Orlando Bloom has a foot fetish? >>

Kerr and Bloom started dating back in 2007 and announced their engagement in 2010. The couple married in a private ceremony that same year. The 30-year-old model gave birth to the couple’s son, Flynn, in January 2011.

We really did not see this coming! The couple has been photographed frequently recently looking rather happy together, so it’s shocking to find out that their separation is already several months in.

This week we’ve also found out that Dina and Clint Eastwood are broken up for good, since the former filed for divorce asking physical custody of their 16-year-old daughter, Morgan, and joint legal custody. We thought there was hope there still!

Sad week for celebrity couples! But we hope this decision will only change their lives for the better. What do you think of this major split?

Marilyn Manson named creepiest celebrity of 2013!
What did Daniel Radcliffe lose to One Direction?
Why is Johnny Depp blond?