From Monty Python and Fawlty Towers to Jeeves & Wooster, British television has long captivated North American audiences, and this January will be no exception. 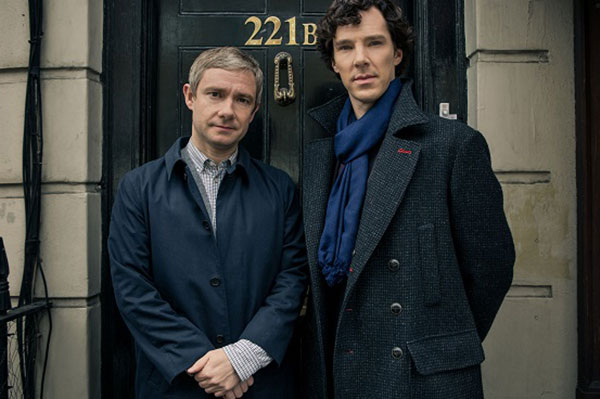 The British are invading our living rooms with high-calibre television programs. PBS has finally announced the date for the season three premiere of Sherlock. The long-awaited next instalment of our favourite detective series will start airing Jan. 19, directly after a new episode of Downton Abbey, which will also begin airing in January. Like the first two seasons, we can expect three 90-minute instalments that will surely leave us wanting more.

Benedict Cumberbatch is on fire. Name a major movie that’s been released in the last 12 months, and he’s in it. Tumblr and Twitter are rife with literary 20-somethings professing their love for him and claiming his babies. And although he’s been acting for quite a while, the impetus behind CumberbatchGate is his incredible portrayal of a modern Sherlock Holmes on the BBC’s exceptional series. Since the first season aired in 2010, Cumberbatch has skyrocketed to fame, continually blowing audiences away. Martin Freeman’s Watson provides the perfect sidekick, sympathetic and caring in ways that the brilliant Sherlock is incapable. Freeman is most well known as Tim from the original U.K. series The Office and the seemingly never-ending role of Bilbo in the massive three-part production of The Hobbit. There is something so undeniably charming about these two that America was just not able to reproduce. Sherlock Holmes is such a profoundly British character that the idea of these stories being set anywhere but London seems kind of blasphemous.

Catch up on the first two seasons

The first two seasons are available on Netflix, so go grab some tea and scones, and start your Sherlock binge-fest before the new season airs. The season two finale ended quite literally with a cliffhanger (or building hanger), and we have been dying to find out what really happened at the end of that episode. We’re excited to see Sherlock’s cocky brother, Mycroft (played by the show’s co-creator, Mark Gatiss), make some condescending appearances. We’re quite excited to see more banter between Watson and old Sherlock. We’re even more excited to meet a new love interest for Watson, to be played by Freeman’s real-life partner, Amanda Abbington. Basically we are a gigantic bundle of excitement, and Jan. 19 cannot come soon enough.

The U.K. release date still hasn’t been announced, but don’t feel too superior —  they’ve been watching Downton Abbey since September, the lucky scoundrels.