It’s a great day for The Smiths! The Manchester band’s 1986 record The Queen Is Dead was named greatest album of all time by NME magazine. 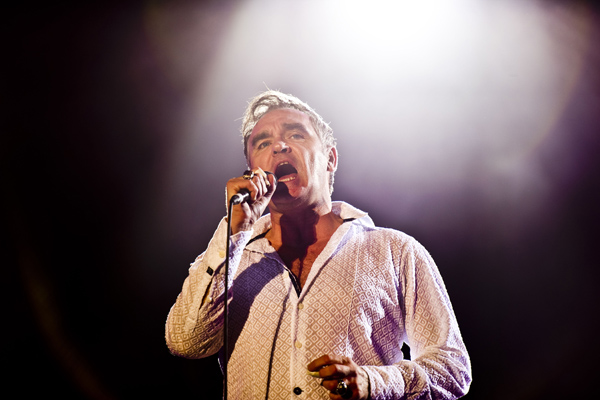 Whether you were a fan or not, it’d be difficult to find someone who hasn’t heard of The Smiths. While the band was around for just about five years, released only four albums and disbanded nearly 26 years ago, their impact on music can still be felt today.

So much so, that NME has named The Smiths’ The Queen Is Dead the greatest album of all time on their coveted list of 500 best records in music history.

The publication has updated the rankings on the list, since their previous 2003 release, in this week’s issue. If you can’t decide whether this is a big deal or not, it most certainly is. The NME roundup of greatest albums is practically a holy relic in the music world and the selection is highly respected.

But back to our stars: The Smiths released The Queen Is Dead in 1986, and the record bore some of the band’s most adored songs like “The Boy with the Thorn in His Side,” “Bigmouth Strikes Again,” and “There Is a Light That Never Goes Out.” The album reached number two on the UK charts and garnered perfect reviews on Rolling Stone and Pitchfork.

The record’s familiar Smiths sound, produced by Morrissey’s haunting voice and Johnny Marr’s guitar, in combination with morbidly enticing and humorously juxtaposed lyricism made The Queen is Dead a treasure amongst the synth-pop based music of the time.

The band’s innovation is largely responsible for propelling the album to the top of the list, wedging out The Beatles’ Revolver, David Bowie’s Hunky Dory, The Strokes’ Is This It and Velvet Underground & Nico’s eponymous record for the coveted seat on NME’s music throne.

This year’s newcomers include Amy Winehouse’s Back to Black and Kanye West’s My Beautiful Dark Twisted Fantasy. We wonder who will make it on the next list!

What do you think of NME’s selection? Who would you include on your top five? While you consider the endless possibilities, give The Smiths’ “There Is a Light That Never Goes Out” a listen!