He can’t be the king forever! One Direction has topped the list of Britain’s richest celebrities under 30, wedging Daniel Radcliffe out of the first spot. 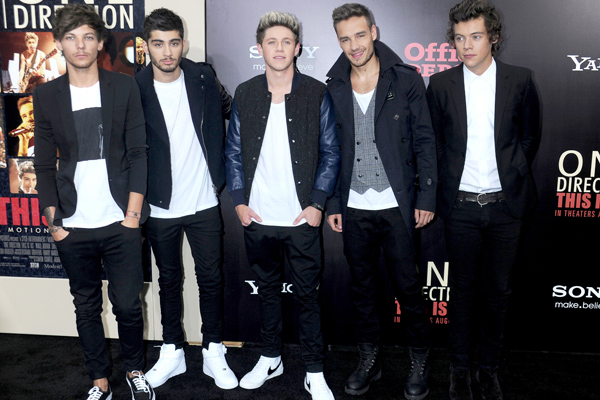 Must be tough to lose that throne, but it’s just the way the business works.

Daniel Radcliffe has been knocked off the top spot of Heat‘s annual list of richest British celebrities aged 30 and under by the boys of One Direction! Yikes! That would probably hurt if all the people on the list didn’t have bigger budgets than some countries in the world…

One Direction came in first, with earnings of $95.7 million, which is almost double the amount from last year, when they came in fifth on the list. That is called progress, people!

Radcliffe came in second, with $91 million, the majority of which is still coming in from the Harry Potter franchise. Radcliffe has topped the list for the past three years, so this must be quite a change for him! But with the profits from the Potter films dwindling, he might drop even lower on the list in the coming years.

Twilight actor Robert Pattinson came in third, with $71 million; Keira Knightley came in fourth, with $62 million (making her the highest-earning woman!); and another Harry Potter star, Emma Watson, rounded off the top five with $45 million.

What do all these actors have in common? They’ve all starred in hugely successful franchises, like Harry Potter, Twilight and Pirates of the Caribbean. Can you imagine how much money One Direction could earn if they had their own film franchise?

We’d like to include an honourable mention of Adele, who came in sixth on the list with $44.5 million. She was never in a franchise or a band (not that we’re belittling anyone involved in either) and earned every penny of that money with her unfiltered talent. We applaud the singer for being such an empowering role model even while staying out of the limelight.

Why is Johnny Depp blond?
Kanye West and Kim Kardashian are engaged!
Colin Farrell talks rehab; are there any sober celebs?