Taylor Swift is an endless supply of songs, eh? The songstress is keeping busy with work on her fifth studio album, which she says will be different from her previous work. 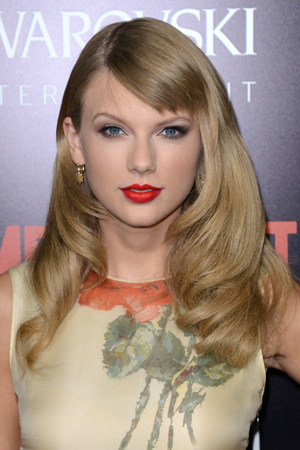 We can only assume that Taylor Swift never sleeps. . .

While the dust hasn’t even settled since the release of her last album Red, the 23-year-old pop singer revealed that she is already fully immersed in the making of her next record, and it will be quite different from the rest.

“I think the goal for the next album is to continue to change, and never change in the same way twice,” she stated in an interview after being honoured with a songwriter-artist of the year award from the Nashville Songwriters Association International for the sixth time. “How do I write these figurative diary entries in ways that I’ve never written them before and to a sonic backdrop that I’ve never explored before?”

. . . With a little help form your friends, of course! Swift thanked her songwriting partners, Shellback and Max Martin, in the interview as well. Always staying humble this one! The singer confirmed that she is currently working on her fifth studio album (and she’s only 23!), and it will be something new.

“I think what I’m noticing about it so far is it’s definitely taking a different turn than anything I’ve done before,” Swift said.

You know it’s going to be a good one! Has Swift ever really made anything less than amazing? We think the great thing about Swift’s fan base is that they are growing with her as she explores new musical styles and adds depth to her records.

We are definitely excited! We wonder if she will bring back some of that country feel to her next album? What do you think?