Welsh singer Charlotte Church has decided to talk about her subject of expertise – the music industry. The singer discussed the perception of women, especially Miley and Rihanna, as sexy objects. 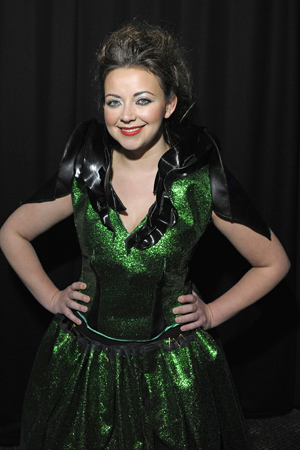 At least she did not drop any names in this speech. . .

Welsh singer Charlotte Church has taken aim at the “male-dominated” music industry in a speech at the BBC 6 Music’s annual John Peel Lecture. While the 27-year-old did not call any particular artist out (per se), Miley Cyrus and Rihanna are referenced as some of the victims of the over-sexualized industry. Even indirectly, Cyrus is still part of the every discussion, isn’t she?

“What this industry seems to want of its women increasingly is sex objects that appear childlike. ‘Take your clothes off, show you’re an adult,'” Church stated. “The irony behind this is that the women generally filling these roles are very young, often previous child stars or Disney tweens, who are simply interested in getting along in an industry glamourized to be the most desirable career for young women.”

Did you see the subtle implication? With Cyrus dominating all the headlines with her non-stop nakedness, it’s rather obvious whom Church is referring to as a former “Disney tween.” We’re just glad she didn’t write her 487 letters (our not-so-subtle reference to Sinead O’Connor).

Rihanna – a vigilante? Singer gets people arrested in Thailand >>

Church is no newcomer to the music industry; she rose to fame as a classical singer when she was only 12-years-old! She then went into pop music in her late teens and early twenties, even succumbing to the pressures of shedding her clothes. (Check out her “Call My Name” music video). Church is now 27-years-old and trying to regain her “clean” image, as well as attempting to steer clear of the tabloids. (She’s been known to be mouthy). So, she knows what she is talking about. She’s been there!

“There was a big clamor to cover my breasts as they wanted to keep me as young as possible,” Church stated. “Then it became, ‘You should definitely get them out, they look great.’

“Whilst I can’t defer all the blame away from myself, I was barely out of my teenage years, and the consequence of this portrayal of me is that now I am frequently abused on social media.”

Adding, “Now I find it difficult to promote my music where it would be best suited.”

Church even addressed the new Rihanna music video for “Pour It Up,” where the singer does quite a bit of booty-shaking, saying, “You only have to look at the online response to see that it is only a matter of time until the public turns on an artist for pushing it too far. But the single, like all Rihanna’s other provocative hits, will make her male writers, producers and record label guys a ton of money.”

So, does Church have a point? Of course, it’s easy to dismiss her and call her a hypocrite — just as Cyrus labelled Sinead O’Connor — but perhaps it’s time to listen? It’s redundant to try to make your own mistakes, so to speak, in an industry that has not altered since inception. The result will be the same. Perhaps, instead of peddling female objectification as sexual liberty and denying the degradation of our gender within the media (sadly, both catalytically aided by fellow female artists), we can actually put our clothes back on and just sing?

Paul McCartney never had to take his clothes off. Michael Jackson was always fully dressed, and so was Elvis Presley. Can the same be said for their female counterparts? We think Miley Cyrus and Rihanna should stop perceiving the commentaries from other women as criticism and more as a plea for change. What do you think?

Rihanna – a vigilante? Singer gets people arrested in Thailand
Jay Z is not alone: Check out other subway-riding celebs!
Weekend of weddings! Pharrell Williams, Rose McGowan tie the knot