Look who we found! Jay Z, Chris Martin and Timbaland were recently spotted on the London subway going off to the O2 Arena. Who else rides public transport, we wonder… 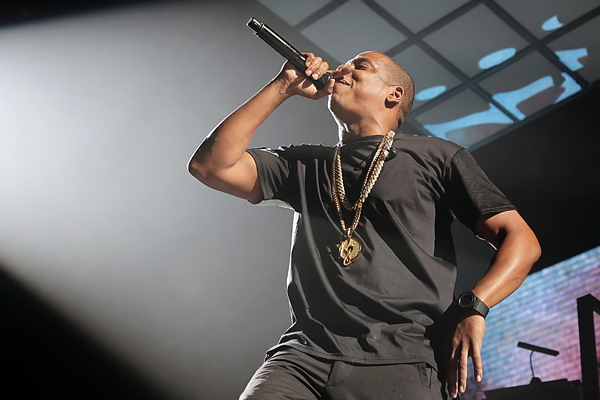 Oh, celebrities… Under the couture exterior, they’re just like us!

Jay Z made headlines across the pond this weekend, after being spotted with Coldplay’s Chris Martin and Timbaland riding the Tube (subway) in London to his concert at the O2 Arena on Saturday. Both artists joined Jay Z onstage that night.

The rapper was seemingly happy to be there and was smiling in all the fan-taken photos. The fans may have been a tad more excited, though…

Coming off the tube and I see Jay Z casually walking up the next escalator next to me… EVERYONE GOES NUTS!! WTF??!

Seeing Jay Z on the tube getting mobbed arriving to O2!! #Buzzing Too starstruck to take a pic! #Jigga

What a riot… Just met Jay Z on the tube in London http://t.co/dDde9xN6Je

Jay Z is currently on his Magna Carta Holy Grail Tour, sweeping across the globe.

The rapper is not the only celebrity who enjoys frequenting the subway tunnels; many stars opt for public transit nowadays. There’s actually an entire Tumblr account devoted to celebrity sightings on the subway. Yes, really.

Katie Holmes is a regular user of the New York City Subway. She prefers to sport huge sunglasses during the ride to appear incognito — usually producing the opposite effect. Andrew Garfield is also a fan of the New York City Subway and has been spotted going about his business on numerous occasions. Jake Gyllenhaal has also been known to ride the subway in NYC, and his Love & Other Drugs co-star, Anne Hathaway, is a regular as well.

So world, you never know! Next time you hop on the subway, you might spot Rachel McAdams, Ryan Reynolds or Ellen Page on our home turf — keep an eye out! The people’s limousine does not discriminate against celebrities; all are welcome to pile on like sardines.