If you were excited to see Charlie Hunnam play Christian Grey in the Fifty Shades of Grey adaptation, you won’t be anymore. The actor dropped out of the project over the weekend. 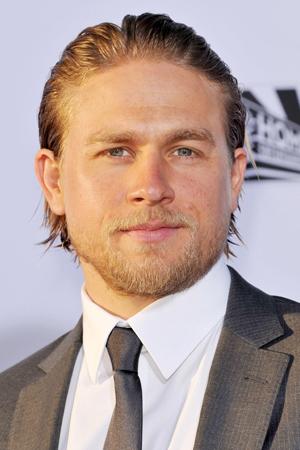 “The filmmakers of Fifty Shades of Grey and Charlie Hunnam have agreed to find another male lead given Hunnam’s immersive TV schedule which is not allowing him time to adequately prepare for the role of Christian Grey,” Universal Pictures and Focus Features stated.

While the 33-year-old actor seemed rather enthused at the prospect of bringing the famed character to life on the big screen, a source told E! News that it was not a role Hunnam was really comfortable with.

“This isn’t a surprise because what he was taking on with this role was not what Charlie wants in his future career,” the source stated. “More than anything he hates attention and being in Fifty Shades of Grey would force him to do lots of media. That’s really not his thing. Charlie doesn’t want to be massively famous. Plus, he hates conforming and being told what to do. This role would force him to have to be something he is not.”

Well, back to the drawing board, people! Hunnam was going to co-star in the film with Dakota Johnson (who is still attached to the project), the shooting was scheduled to start in November.

Isn’t there a contract actors sign? Shouldn’t this be illegal? We had our hopes up and everything! We’d be so mad at Hunnam, if he wasn’t this good-looking. . .

Meanwhile, Hunnam is keeping busy shooting the finale for the FX series, Sons of Anarchy.

What do you think of Hunnam dropping out and who should take his place?