With the high anticipation of Eminem’s eighth studio album, The Marshall Mathers LP 2, the rapper released the track listing for the appeasement of his fans. 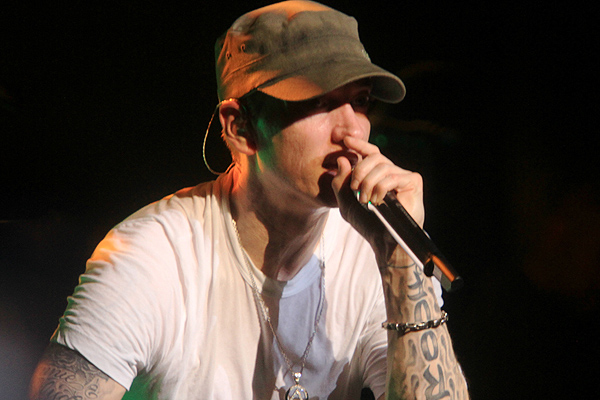 If you are an Eminem fan, occasional listener or an open-minded adorer of all things music — this concerns you!

The 40-year-old rapper has released the track listing for his upcoming album the The Marshall Mathers LP 2 (MMLP2, if you’re super cool) via Twitter on Thursday evening, and it is looking promising!

The new record is supposed to be an extension or continuation of The Marshall Mathers LP released back in 2000, which housed some of Eminem’s biggest hits like “Stan,” “The Way I Am,” and “The Real Slim Shady.” The cover of that album was also rendered in sepia tones and featured a photo of Eminem’s childhood home in Detroit. (The cover of MMLP 2 shows the same house, but boarded up).

Eminem also collaborated with several artists on the record — including Rihanna, Kendrick Lamar, Skylar Grey and Nate Ruess of fun. We’re really excited to see what Em can cook up with Kendrick (who is steadily taking over the hip-hop scene), and we can’t wait to hear Nate Ruess on the record. 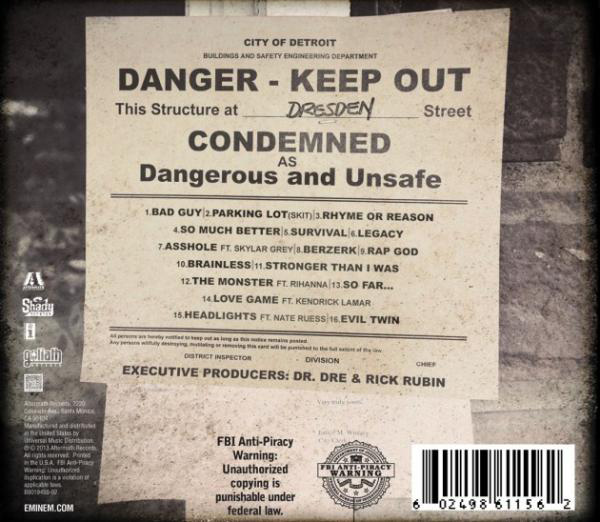 According to the back cover of the album, Dr. Dre and Rick Rubin produced MMLP 2, and it’s scheduled to hit the shelves on Nov. 5. Now, onto to the juicy bits. Here is the full listing of the tracks:

Any tracks caught your eye? Will you be picking up a copy of this bad boy? Because we sure are! While you contemplate the purchase of this possible tour de force, take a listen to the clean version of Eminem’s second single off MMLP 2, “Survival”.