If we had our way when it came to reality television, we’d vote for more of Gordon Ramsey’s screaming face, talk show dance-offs and Zac Efron meeting the love of his life online. We just hope the producers will take our suggestions to heart. 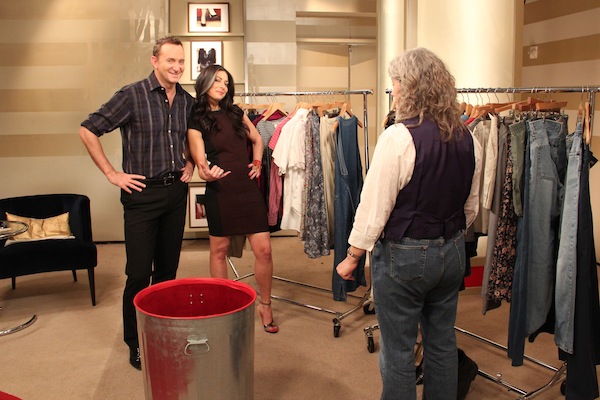 Celebrity culture is such a huge part of our society, and unscripted programming serves as our conduit into the weird world of superstars. It’s hard to know why we get so wrapped up in the drama of wealthy teenagers or root for our favourite famous chefs. Whether we are disagreeing with judges or gasping at shocking housewife revelations, we often find ourselves carried away, shouting at the television. As absurd as reality TV is on its own, there are a few heightened situations we think would make for some truly excellent programming.

Here are a few of the scenarios we want to see:

MasterChef Junior is one of the greatest things on television. Cute little nuggets making gourmet… little nuggets. We already have some favourites who we’re rooting for. The only issue is, there is no edge to this show, and the judges are too nice. It’s almost unsettling to see Gordon Ramsey not yelling and Joe not condescendingly scraping subpar food off a contestant’s plate into the garbage. Of course, this is a good thing, as children are fragile, and berating them could be psychologically damaging. Though how funny would it be to see the judges acting as if the children are adult contestants? Extremely funny.

Jimmy Kimmel and Kanye West have a dance-off

The “feud” between the self-proclaimed “biggest rock star of them all” and a beloved, jovial late-night host got weird. Why wasn’t dancing involved? Kanye West gave a ridiculous interview. Jimmy Kimmel parodied it using children. Kanye West lost his mind and went on a Twitter rampage, attacking Kimmel personally. Kimmel reacted on his show, Kanye shot back, until it all culminated in an interview between the two on Kimmel’s show. We’re glad things have been publicly cleared up, but a dance-off would have been an amazing way to cut the tension.

Someone get Catfished by a celebrity

MTV’s Catfish is a weird concept for a show: people tricking people into internet relationships. It’s usually just a slight disappointment that your internet boyfriend doesn’t actually have the chiselled body he bragged about online, but how amazing would it be if “Adam, the accountant from Michigan” turned out to be… um… John Cusack or Zac Efron or something? Celebrities probably have a hard time meeting people who treat them normally… Why have they not turned to online dating?

An unforgettable What Not to Wear finale

This is probably the most attainable of the list, which we’re OK with. To be honest, we wish this show would never end. Stacy and Clinton bring so much joy into all our lives. We can hardly believe this show has been on for 10 years, and we know the finale will be great. We’re not exactly sure what they can do but we do know we want a Breaking Bad-level awesome finale for this show that has been a part of our lives for so long.

Make it so, reality television gods — who we can only assume are comprised of a few tween girls running the empire on iPads somewhere.

A guide to TV finales
2013 Emmy Awards: See the full list of winners!
The hosts of the 2013 CMA Awards announced!