Josh Hutcherson is fully confident in himself and his sexual preference, but he does not want to be labelled for it. The actor discusses open-mindedness toward new sexual experiences. 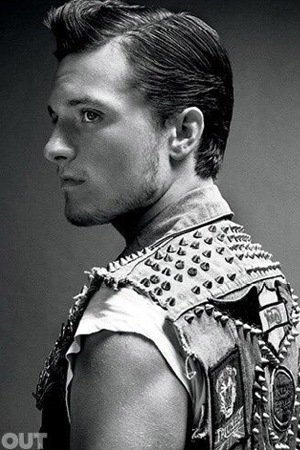 Josh Hutcherson is not afraid of his sexuality, but he is not a fan of labels pertaining to it.

The 20-year-old actor confessed in an interview with Out magazine that he is almost completely straight but would not exclude the possibility of a relationship with a man in the future.

“Maybe I could say right now I’m 100 per cent straight. But who knows? In a f***ing year, I could meet a guy and be like, ‘Whoa, I’m attracted to this person,'” Hutcherson told the magazine. “I’ve met guys all the time that I’m like, ‘Damn, that’s a good-looking guy,’ you know? I’ve never been, like, ‘Oh, I want to kiss that guy.’ I really love women. But I think defining yourself as 100 per cent anything is kind of nearsighted and closed-minded.”

Ladies, don’t despair, but gentlemen, there is a chance! Hutcherson has been quite vocal about equality for all sexual preferences and even founded an organization, Straight But Not Narrow, that offers support to youth regardless of orientation. We applaud his openness toward sexuality, and we’re sure he is empowering others to follow suit.

While Hutcherson did not come out as anything — especially since he’s not into labels — there are plenty of celebrities who have confirmed their sexual orientation recently. Most notably, Prison Break‘s Wentworth Miller came out as gay through the GLAAD website, when he declined an invitation to the St. Petersburg International Film Festival because of Russia’s oppressive “anti-gay” laws.

Jodie Foster stealthily came out during her moving acceptance speech for the Cecil B. DeMille Award at the Golden Globes. Several ceremony attendees actually teared up! She has since been linked to several women.

And this is a special mention — albeit not as recent — of Frank Ocean, who came out in 2012. He is one of the few artists in the hip hop industry to have the courage to reveal his sexual orientation, and we applaud him for it. He was met with quite a bit of criticism but also loads of love from fellow artists and fans.

There you have it! Whichever way Josh Hutcherson swings, he will be embraced and accepted. We’re glad someone that young is vocal about prejudices linked to sexual preference.