Julian Assange has written a rather wordy and angry letter to Benedict Cumberbatch regarding his portrayal of the activist in the film The Fifth Estate. 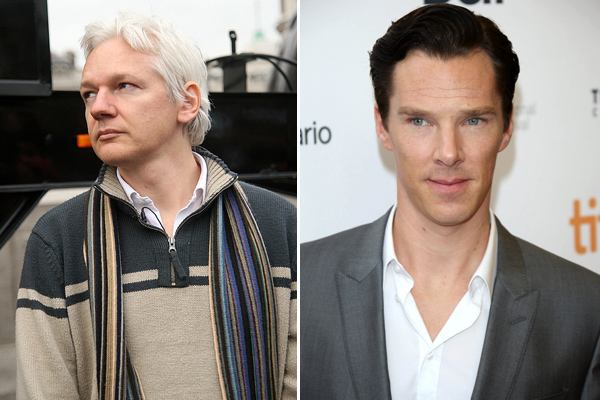 Julian Assange has never been one to keep quiet, so it’s almost not surprising that the new film The Fifth Estate has him up in arms.

The film, starring Benedict Cumberbatch as Assange, chronicles the turbulent ascent of the WikiLeaks founder but has not been generally favoured by the movie critics (and clearly the activist himself).

Assange has taken it upon himself to exercise his own form of vigilante justice by penning a lengthy letter of dismay to Cumberbatch, urging him to disassociate himself from the enterprise, all the while subtly insulting the film.

“It is based on a deceitful book by someone who has a vendetta against me and my organisation.”

“In other circumstances this vendetta may have gone away, but our conflict with the United States government and the establishment press has created a patronage and commissioning market — powerful, if unpopular — for works and comments that are harmful to us.”

The Fifth Estate is based on Inside WikiLeaks: My Time with Julian Assange and the World’s Most Dangerous Website by Daniel Domscheit-Berg, who is a former spokesperson for WikiLeaks.

“You will be used, as a hired gun, to assume the appearance of the truth in order to assassinate it. To present me as someone morally compromised and to place me in a falsified history. To create a work, not of fiction, but of debased truth,” the activist stated. “I believe that you should reconsider your involvement in this enterprise.”

We think Assange makes several valid points in his letter — which can be read in full here — but we must argue the right for the film’s distribution. For an activist who has dealt with censorship and filtering of information, it’s rather surprising that he would attempt to suppress the distribution of The Fifth Estate. It’s up to the viewer to draw a conclusion, especially since the film does not pretend to be objective or factual.

The files released by WikiLeaks have not exactly elevated the reputation of the American government, but Assange is fighting tooth and nail for his right to leak the information. This film is somebody’s expression of their vision of the activist, regardless of whether it paints him to be a saint or a villain, it has a right to exist.

What do you think of the letter and the points Assange is making against the film?