Mariah Carey’s confirmed collaboration with Jermaine Dupri is great news for any fan anticipating her latest album, but there are several other highly awaited records this year! 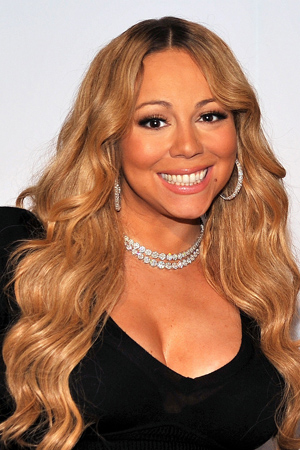 This is getting more and more exciting! Music producer Jermaine Dupri has reportedly joined Mariah Carey’s management team for the production of her latest record.

The two have previously collaborated on some of Carey’s most memorable singles like “Always Be My Baby” and “We Belong Together” — which was named one of the most popular songs of all time. The 43-year-old R&B goddess is currently working on her new album, The Art of Letting Go, the first single of which, “#Beautiful” featuring Miguel, was released back in May. With Dupri on board, this Carey album is soaring to the top of our most-anticipated albums list. It’s Mariah, after all!

But speaking of anticipated albums, this year has been a good one! While Carey’s album has no release date (and may come out next year), there are several records still due to come out before 2013 is over. Lady Gaga’s ARTPOP album is all ready for release on Nov. 11, and there is quite a bit of buzz surrounding it. . . especially since the first single, “Applause,” was not as successful as the singer’s previous work. Will ARTPOP fall short of expectations?

M.I.A.’s latest record, Matangi, is due to be released on Nov. 5; this will be the rapper’s fourth album. As per usual, this record is expected to be unsettling and amazing as all the rapper’s previous work. The first single, “Bad Girls,” was released back in 2012, and the second, “Bring the Noize,” was dropped in June.

Our very Canadian-own Arcade Fire is expected to release their fourth studio album, Reflektor, on Nov. 11. The entire music scene is a-buzz about this one. This is the band’s first album since the 2010 The Suburbs, so it’s quite exciting. The first single, “Reflektor,” was released in September and features the beautiful vocals of David Bowie. So, if you’re interested in something new, something indie-rock and something Canadian, this album is the one!

Rihanna booed at Australia concert, Twitter bursts with jokes
Katy Perry plans to be “more of a Joni Mitchell” on next album
Nicki Minaj is the only female earner on Forbes top Hip-Hop list