Lady Gaga revealed the cover of her new album, ARTPOP, and she is quite naked on the cover, just like Demi Lovato, Miley Cyrus and others are on theirs. 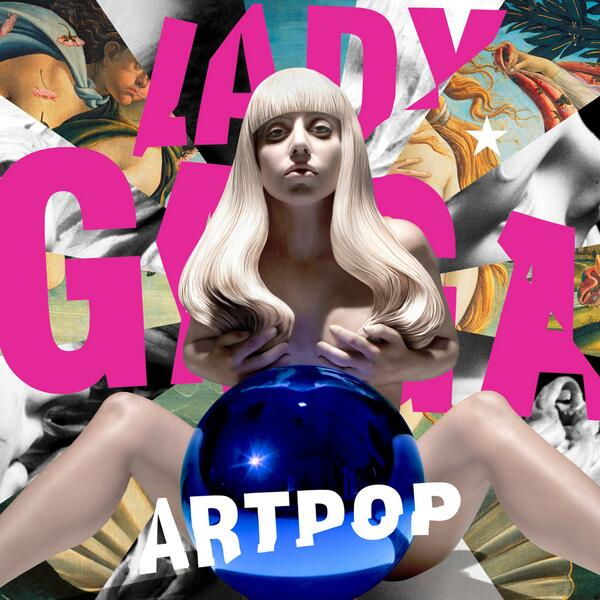 It’s a rather unconcealed trend, no?

Lady Gaga revealed the cover of her latest album, ARTPOP, on Monday — an album that features the artistic work of Jeff Koons — and it depicts the pop singer in the nude with a strategically placed blue orb and hands covering the scandalous bits, although the viewer will hardly have any doubts about her unclothed state. Gaga is poised with her legs spread upon a background composed of a collage of Botticelli’s The Birth of Venus and what appears to be a black and white photograph of a Roman-style marble statue. Needless to say, there is a lot going on there. 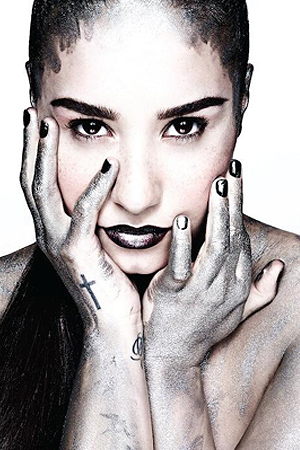 We attempted to analyze the cover to perhaps unsheathe a hidden meaning, but to no avail. Is Gaga giving birth to Art? Or a just blue orb? Is she supported by her artistic predecessors, hence the background? Or is ARTPOP an explosion of artistry, illustrated by the sunray-like pieces of the collage? That’s the best we could do.

Regardless, we couldn’t help but notice a trend going on. Several female pop music artists have opted to go for the nude album cover this year. There’s Lady Gaga, of course. Kelly Rowland (although she is a pop/R&B artist) released a new album, Talk a Good Game, in June and the cover features the singer in just a transparent top with no undergarments.

Demi Lovato released a self-titled album, Demi, in May and was on the cover naked, covering her chest using her arms. Then there’s Miley Cyrus, whose original album cover for Bangerz was more modest and only showed her in a short trench coat sans pants, but the alternate cover does depict the 20-year-old nekkid.

We’re glad there’s Selena Gomez, who is fully dressed on the cover of her album, Stars Dance. What gives ladies? Can we no longer sell records without taking our clothes off? Or is there a general lack of resources for translating an artistic message whilst clothed? Being naked on the cover of your album is hardly new; why not try some innovation?

Britney is not alone: Other banned music videos
Lorde is the youngest singer to top Billboard since 1987!
See Britney Spears’ hottest music videos!