The golden age of television is back, and this time it ranges from meth-cookin’ teachers to children cooking roulades. 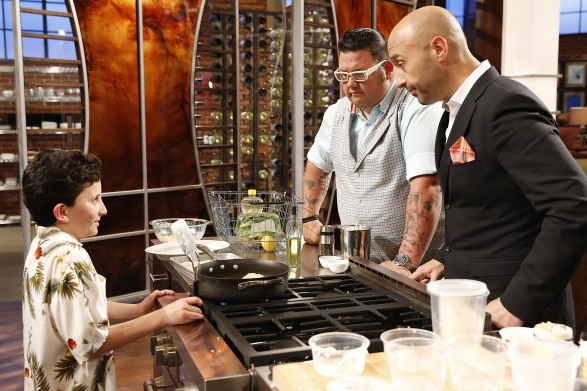 We are living in a new golden age of television. From the ending of Breaking Bad to the extended finale of Mad Men, the drama we have access to on television is often far superior to modern film.

But in between gasping at Homeland or bawling through The Newsroom, there are a lot of smaller shows that bring levity to our viewing schedules. From cute and quirky to irreverent and absurd, here are some of the weirder shows we’ve been obsessing over lately.

Trashy reality shows are probably one of the biggest modern guilty pleasures. They are dumb, formulated and highly addictive. Burning Love is a hilarious Bachelor parody that at times feels all too real. Created by Erica Oyama, the show started as a web series and was later picked up by the E! network. The cast is a who’s who of comedians and beloved television stars, and the incomparable June Diane Raphael steals the show as Julie, the “bachelorette” of the second season.

Whoever came up with this concept is a bloody genius. We already love MasterChef, and what better to combine with a high-stakes cooking competition than… children? OK, we admit it’s a little insane to arm children with chef knives and deep fryers and then let them loose. But so far these kids have blown away both the judges and the audience with their innovative, professional-quality dishes. It is adorable and somewhat humiliating to see children produce restaurant-quality macaroons and chocolate lava cakes. Spoiler alert: There are a lot of tears — and even more giggles.

Nick Kroll is one of the greatest modern comedians. This part stand-up, part sketch show is the perfect venue for Kroll to display his catalogue of characters. Our favourite sketch is a sort of Degrassi parody, “Wheels Ontario,” which is probably the sweetest Canadian mockery of all time, rife with mentions of loonies and bags of milk. We also love the absurd reality sketch “PubLIZity,” in which Kroll and Jenny Slate play two publicists named Liz, and a recurring sketch in which Kroll and SNL‘s John Mulaney play a pair of elderly, Alan Alda-loving Jewish New Yorkers.

Are there other quirky, underdog shows you love? What comedy will you binge on to fill that Breaking Bad-shaped hole?