Britney Spears is the latest artist to feel the sting of censorship. The pop singer’s video for “Work Bitch” has been banned in the U.K. Check out some other music videos that have been banned over the years. 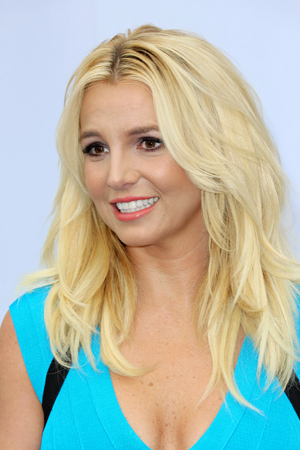 Per British reports, the 31-year-old pop star’s video will not be aired before 10 p.m. on music channels such as MTV and The Box. It turns out that across the pond, the b-word is banned before 10 p.m. The channels are willing to air a “clean” version of the video if one will be made available.

If worse comes to worst, Spears’ British fan base can always watch the music video on YouTube, where it is readily available. But to mark Britney’s venture into the banned side of things, we’d like to commemorate some other music videos that have been banned (either partially or fully).

Madonna is no stranger to banned videos (her hits “Justify My Love” and “Erotica” were also banned), but unlike her previous work, this one was nixed for violence, not sexuality. Directed by her then-husband Guy Ritchie in 2001, the video follows Madonna on a crime spree before she seemingly commits suicide by crashing her car. A little scandalous, no?

This music video — and the reaction to it — is one of the main reasons Pearl Jam barely ever releases videos anymore. The video for “Jeremy” depicts a boy being taunted by classmates and struggling at home before finally taking his own life in front of his classmates using a gun. MTV refused to air the original video but did rotate a “clean” version that omitted the close-up of Jeremy as he pulls the trigger. Lack of the suicide scene and the way the “clean” video was edited has led many fans to misinterpret the scene altogether. The video for “Jeremy” is scarcely ever aired even now, largely because of the history of school shootings in the U.S.

Britney Spears’ new album is to die for” >>

What is there to say about this video, really? We get to see Eminem pose as Michael Jackson, Madonna, Pee-wee Herman and MC Hammer, and we get to see Eminem run around naked — basically everything that could get a video banned is in this video. “Just Lose It” stirred quite a bit of controversy for Michael Jackson in particular, who was depicted in the video in a bed full of children at the height of his child molestation trial. The video was banned on BET but surprisingly was never dropped by MTV.

Do you have a favourite banned music video? What do you think of the notion overall?