The Hollywood Walk of Fame used to be the epitome of prestige for any celebrity, but is the selection process wheeling off the road into the ditches? 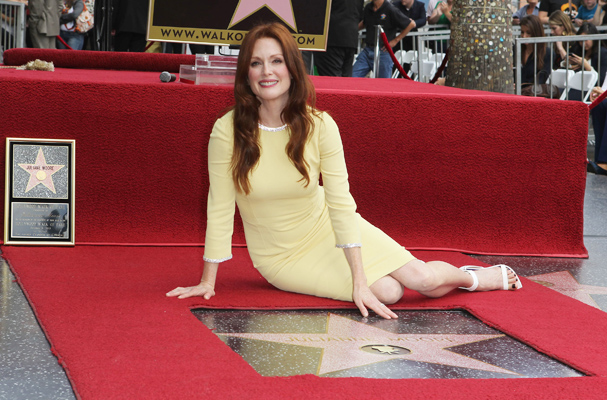 The beautiful, wonderful Julianne Moore received her star on the Hollywood Walk of Fame in honour of her career as an actress on Thursday.

The 52-year-old The Kids Are All Right actress — wearing a stunning yellow gown — was accompanied to the event by her husband, Bart Freundlich, and two children, 15-year-old Caleb and 11-year-old Liv.

Moore’s Don Jon co-star Joseph Gordon-Levitt and Game Change director, Jay Roach, spoke in honour of the actress’ achievements at the ceremony. Moore appeared in numerous critically acclaimed films during her career like The End of the Affair, The Hours, Children of Men and The Kids Are All Right.

While we are incredibly proud of Moore for maintaining such a wonderful career and appearing in so many commendable films, we cannot help but notice that she is becoming a rarity on the Hollywood Walk of Fame. This year’s inductees included Vin Diesel, Jennifer Lopez and James Franco — just to name a few who do not have a very reputable body of work.

It begs the question: Who doesn’t have a Hollywood star nowadays? 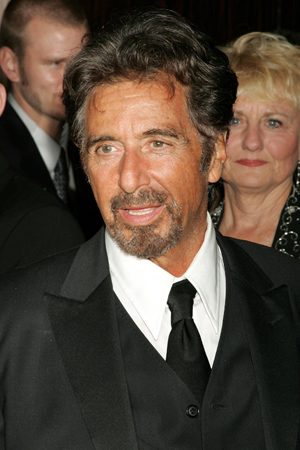 The answer may surprise you. Have you ever heard of the films The Good, the Bad and the Ugly or Dirty Harry? Yes, while Clint Eastwood’s name is almost synonymous with Hollywood (considering his acting and directorial career; hellooo. . . four Oscars!), the actor actually does not have a star on the Hollywood Walk of Fame.

Backstreet Boys get a Hollywood star!

Neither does the immensely talented Al Pacino, whose work includes The Godfather, Scarface, Scent of a Woman and Dog Day Afternoon. George Clooney doesn’t have one, either. Julia Roberts doesn’t. Michael Douglas doesn’t. Richard Gere, Leonardo DiCaprio, Michael Keaton, Kate Winslet, Judi Dench, Brad Pitt. . . Should we go on? These names compile the elite of Hollywood’s most talented, yet none of them have a star on the Hollywood Walk of Fame.

Yet, David Spade has his very own star. Judge Judy has one. The Olsen twins have one. . . Can you spot a bit of inconsistency in the selection process?

It is true that in order to get your name on the Walk of Fame, you must be nominated, selected and pay for your own ceremony. (It’s not even free!) The chosen celebrity always retains the right to decline the honour. But it’s hard to believe that all of those A-listers simply declined a Hollywood star; something is amiss.

What’s your take on this? What do you think of the Hollywood Walk of Fame’s selection? Who should have their own star?