Oh, Lordy Lorde! The singer took to her Tumblr account to clarify that she did not mean to call Taylor Swift a bad and unrealistic role model for her fans. 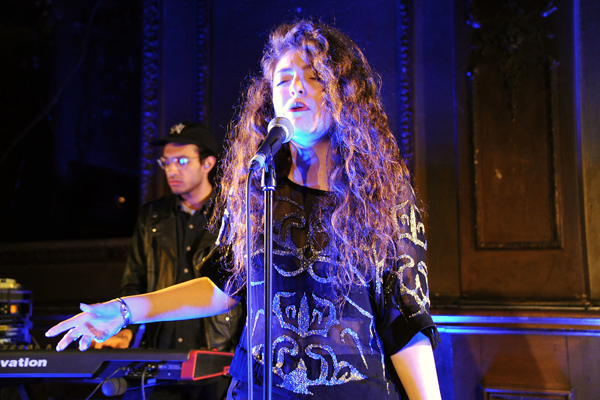 Lorde is brand new to the music scene, but you can almost smell the ignition of a feud with Taylor Swift following a statement the “Royals” singer made to Metro Magazine about feminism.

“I think women who say, ‘No, I’m not a feminist — I love men,’ I think that is just. . . You don’t know what it means. You think it means that, ‘I don’t shave under my arms, I burn my bras. F*** men!’ How could you be so uneducated, and so unwilling to learn about something which is so important to you?”

Adding, “Taylor Swift is so flawless, and so unattainable, and I don’t think it’s breeding anything good in young girls. ‘I’m never going to be like Taylor Swift, why can’t I be as pretty as Lorde?’ That’s f****** bull****.”

Let’s start by placing a potty-mouth alert on this 16-year-old. . . Now, on to business! This statement is not an outright insult of Taylor Swift, but it does insinuate that she is not a feminist and hence presents an unhealthy image for her young fans, because she aims to please the male eye.

Lorde’s fans took to her side and, instead of jumping to conclusions, asked the young singer to explain her statement further through her personal Tumblr account. She kindly obliged.

“I think I cocked that up a bit and what I said wasn’t put in context also,” the New Zealand-born singer wrote. “What I meant was: there’s a lot of importance placed on physical perfection in this industry, and I wish my favourite stars didn’t look perfect because I think fans (me included) have these feelings of worthlessness, like they’ll never be as pretty/talented/whatever, as a result of this intense photoshop culture and the endless strive for perfection.

“ts was the first person I thought of, which I regret. she happens to be good looking, but I think she actually uses her other imperfections in an incredibly powerful and relatable way. taylor swift has a very unique vision, which I admire.”

Concluding the message with, “I am very very new to this whole thing. I will probably never be the kind of role model for my fans that ts is for hers. i admire her very much for this reason. basically, this is an apology for not thinking too hard before I speak.”

Doesn’t this just warm your heart? Lorde seems to be an intelligent, sweet girl and we hope T.Swift will not misconstrue her statement. On the other hand, what if Swift uses this incident as material for her next album and it will feature cryptic references to Lorde? Or what if they become best friends, united by a misunderstanding?