Some people say Saturday Night Live stopped being good when Will Ferrell left. Some people are wrong. 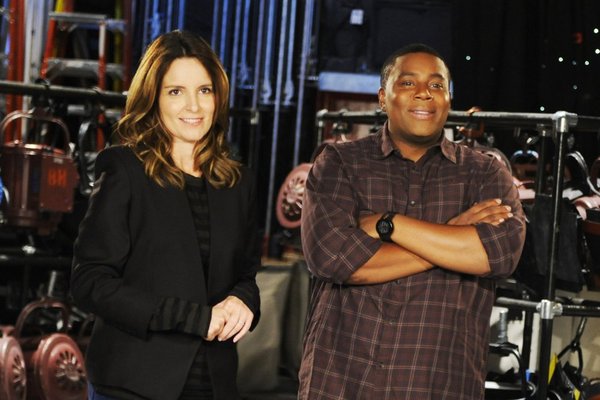 With the departure of many key cast members over the past few years, this season really will feel like a new show. Fear of change strikes the audience every time the SNL cast has a significant overhaul. Journalists and bloggers use clichés like “changing of the guard” and talk about how rough the transition will be, but we have a lot of faith. Lorne Michaels is the godfather of sketch comedy, and at some point you just have to trust that he knows what he is doing. This year will bring a lot of changes, but we’re pumped, and you should be too!

Move over, Andy Samberg. There is a new hilarious, adorable, internet-famous comedian joining the ranks of SNL. America, meet Beck Bennett. You probably recognize him from those adorable “It’s not complicated” AT&T ads, in which he interviews children — cue swoon. He also had a small part in the latest season of Arrested Development and was a special guest on the popular entertainment podcast Doug Loves Movies, making 2013 a pretty great year for Bennett. In the meantime, check out his YouTube channel, which hosts a variety of recurring sketches. My personal favourite is “Fresh Perspectives,” a political panel he co-hosts with children, engaging in heated debates on current events and global issues.

Amy, Tina and the mother of “Weekend Update,” Jane Curtin, all set a glowing standard for the ladies of the desk. Seth Meyers has made an excellent anchor, but we’re so excited for a female voice to be joining the satirical news segment once again. There is a lot of speculation about Strong potentially taking over once Meyers starts his Late Night gig next year, but for now we’re sure she’ll make an excellent co-anchor.

Find out more about Seth Meyers taking on Late Night >>

The older newbs will get a chance to shine

Taran Killam and Nasim Pedrad are amazing. The first time we saw Pedrad’s Bedilia character, we fell in love, and Taran Killam has done consistently great work since he joined the cast. We feel like these guys have been overshadowed in the past, and hopefully this year they will get a chance to try out more characters and be heavily featured.

Last year this sketch was the standout of the entire season. Aidy Bryant and Cecily Strong play Morgan and Kyra, teenage talk show hosts who are joined by one of Kyra’s new friends. Bryant steals the spotlight in these sketches as the jealous, insecure Morgan, lashing out at the new friend in bizarre and strange ways. There have been only two sketches so far (with guest stars Anne Hathaway and Jennifer Lawrence), but if the comedy gods are fair, we’re hoping for many more this season.

Mike O’Brien is one of our favourite SNL writers. Yes, we have favourites (we love you too, John Mulaney!). In addition to writing for the show since 2009, O’Brien is also the creator of the wildly popular YouTube series “7 Minutes in Heaven.” The series is a blended interview-improv show set in a closet, where O’Brien gets up close and personal with famous guests like Elijah Wood, Christina Ricci and Kristen Wiig. He is as awkward and disarming as he is clever and endearing. He is the first writer to be promoted to cast member status since Jason Sudeikis in 2005, and I cannot wait to see what his personality can bring to the cast dynamic.

And as if all these reasons aren’t enough, Tina Fey is hosting the season premiere. So basically it’s going to be a killer opener, and we all should watch. You’re welcome.

The premiere of Saturday Night live airs on September 28th on NBC.