According to Forbes World’s Highest-Paid Hip-Hop artists list, Nicki Minaj is the only female rapper to earn enough to be in the top 20, coming in fourth overall. 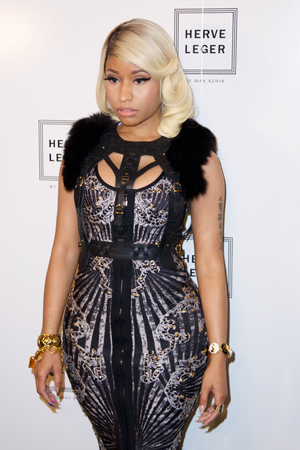 Forbes released the list of the World’s Highest-Paid Hip-Hop artists and, while there are a few surprises on it, the most shocking aspect of the list is the number of female artists who made the cut. We dare you to guess!

The answer is: one.

Nicki Minaj came in fourth on the list thanks to her extensive touring, record sales and endorsement deals with M.A.C. and Pepsi, which brought in $29 million for the rapper. She is the only woman in the top 20 on the list.

First spot was given to Sean “Diddy” Combs, who earned a whopping $50 million; Jay Z came in second with $43 million; Dr. Dre was third with $40 million; then Minaj in fourth; and Birdman grabbed the fifth spot with $21 million.

While it is relatively known that hip-hop remains a predominantly male game, it’s rather unsettling to see the lack of female presence to such an extent! We’re proud of Minaj for not only making the list but also being in the top five. Nicki is the loudest representation of women in the hip-hop music industry right now, but why is she all-alone?

It’s not strictly a matter of endorsement and change in your coin purse. There is just a general lack of female rappers in an increasingly popular genre. This begs the question of whether the industry or the hip-hop community is simply unyielding to female rappers or even flat-out misogynist? Women are prominent in most of the popular genres of music and earn equal if not more than their male counterparts (like Madonna or Lady Gaga), so what’s amiss in hip-hop?

We’re proud of all the artists who did make the Forbes list, but wonder why Nicki Minaj is such a rarity? What do you think?