It’s always refreshing to be reminded of the great achievements of fellow Canadians. On Saturday, celebrities attended the ceremony to celebrate the 2013 inductees into Canada’s Walk of Fame. 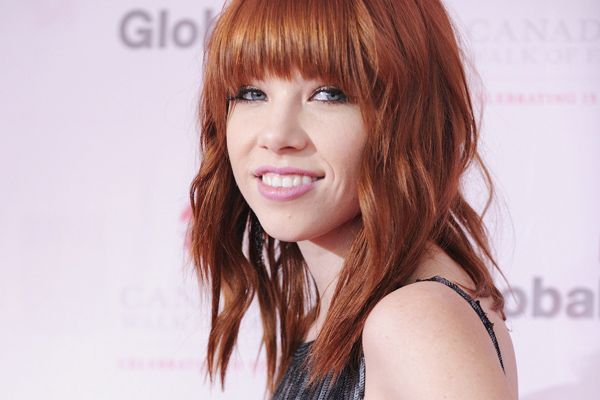 If you happened to be strolling through the pouring rain outside the Elgin Theatre in Toronto on Saturday, you might have noticed the blocked-off streets and the swarms of photographers lurking in anticipation of Canada’s Walk of Fame. Indeed, Yonge Street was lit up with celebrities this weekend in celebration of Canadian achievement.

“We’re so proud,” Rolland Fox told CTV news, who accepted the honour on behalf of his late son, Terry. “The fight against cancer continues, and one day we will have a cure for all cancers.”

Alan Thicke — famous for his role on Growing Pains — skilfully dodged questions about his son, Robin Thicke, on the red carpet but brought a bit of humour to the stage during the ceremony.

“I didn’t expect my star to be rained on so quickly,” the actor told the crowd. “We are so proud that you are proud, and we will continue to do whatever we can in our professional and personal lives to try to make you proud.”

Oscar Peterson’s wife, Kelly, and daughter, Celine, attended the ceremony to accept the honour on behalf of the prolific jazz pianist, who, despite widespread belief, was actually from Montreal and quite devoted to Canada. Peterson passed away in 2007. 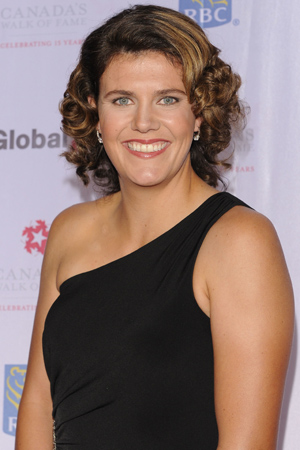 “Very often people did think he was American because of the music, but he would always sit up straight and say, ‘No, Canada’s my home,'” said Kelly Peterson. “When he was encouraged to move to Los Angeles or New York, he would always say, ‘No, I want to go home.”

This year Canada’s Walk of Fame made a rather rare exception and accepted two posthumous inductees — Fox and Peterson — despite usually carrying a rule of one per year. We think it’s a great decision, since both inductees deserve the honour.

Craig and Marc Kielburger, founders of Free the Children, also attended the ceremony and spoke of the tremendous respect they have for Terry Fox.

“This is our proudest moment to be Canadian,” Craig told the Globe and Mail. “To be here, inducted alongside heroes like Terry Fox… Our accomplishments pale in comparison. To celebrate Canada and to celebrate the young people who have worked so hard to make social change cool and possible is a special experience.”

Bob Ezrin also reflected on the honour of being inducted along with Fox, stating, “Being inducted on the same day as Terry Fox… I almost don’t feel worthy, honestly, to be in his company. This is a guy who was a true national treasure.”

We’re glad all these wonderful Canadian artists, activists and athletes were able to come to Toronto to celebrate the achievements of their nation. We could not be more proud! You can catch the ceremony on Global on Oct. 27.