This sounds like a good one! Cate Blanchett is set to make her film directorial debut with the adaptation of the Dutch novel The Dinner by Herman Koch. 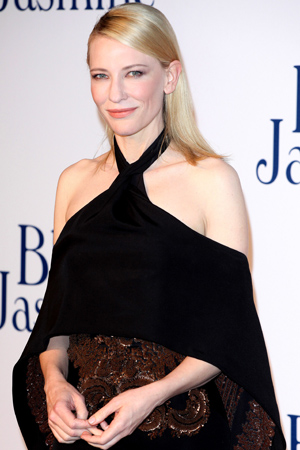 With that much talent, it’s no wonder she wants to expand!

Cate Blanchett is making her onscreen directorial debut with an adaptation of Herman Koch’s novel, The Dinner.

The best-selling novel takes place during a suspenseful dinner at a high-end restaurant where two couples must choose a course of action regarding their respective teenage sons — who have committed a gruesome crime.

Viggo Mortensen explains why he wasn’t in The Hobbit >>

This will be Blanchett’s first time directing a film, although the 44-year-old actress has been the co-artistic director at the Sydney Theatre Company with her husband, Andrew Upton, for the past five years.

The script for the film will be adapted by Oren Moverman, while Cotty Chubb has signed up as producer.

The Dutch adaptation of The Dinner premiered at the Toronto International Film Festival just two weeks ago. We wonder if Blanchett’s movie will be just as good, if not better.

We’re excited to see Blanchett in the director’s chair and hope her debut will be a success. Now, we can just take a break and bask in the glory of her beauty!