While Miley Cyrus is gearing up for her appearance of Saturday Night Live, Molly Shannon decided to offer up some words of hosting wisdom to the young singer. 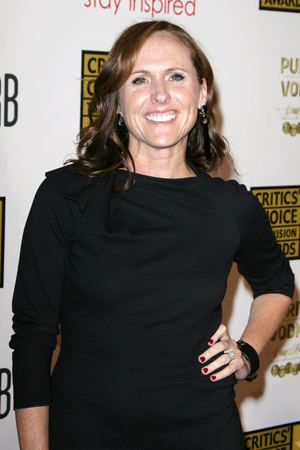 Finally, at least someone is giving Miley Cyrus friendly advice!

As someone who has been on the show for years, Molly Shannon offered some tips to the 20-year-old “Wrecking Ball” singer ahead of her hosting and musical guesting responsibilities on Saturday Night Live.

“I would say the best hosts. . . are the ones that just want to have fun, they want to have fun and really work with the cast,” the comedienne told E! News. “I think that ones that aren’t as good are the ones who come with an agenda and try so hard to prove they’re funny. Those usually don’t work out as well or if they bring in their own writers. The writers at the show never like that.”

Adding, “Really just be open and have fun, because it’s such a fun week at that show when you’re hosting.”

Some solid, sound advice, no? We really do hope that Cyrus will go in to have fun instead of aiming to shock people. We wonder whether the SNL writers will take a stab at singer’s VMA performance, tongue-sticking-outing and even the breakup with ex-fiancé, Liam Hemsworth.

You can catch Cyrus on SNL on Oct. 5 and judge for yourself.

5 hrs ago
by Scarlett Harris