We’re sure it’s never easy! Michael Fassbender revealed that he had a tough time filming the rape scene in 12 Years a Slave, where he plays a cruel plantation owner. 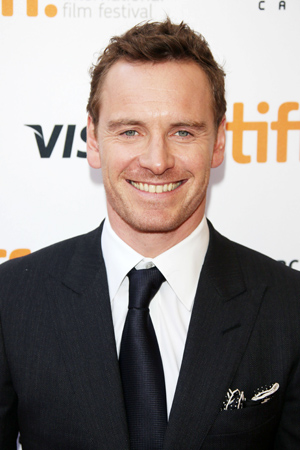 It’s not particularly shocking to find out that 12 Years a Slave was no walk in the park to shoot. Michael Fassbender — who plays a sadistic plantation owner in the film — reflected on the most difficult scenes of the Steve McQueen-directed project at a press junket for the movie.

Michael Fassbender will star in Macbeth >>

12 Years a Slave is based on a true story of Solomon Northup (portrayed by Chiwetel Ejiofor) — a free African-American man, who was kidnapped, sold into slavery and forced to work on several plantations in Louisana for 12 years. The film also stars Benedict Cumberbatch, Brad Pitt, Paul Giamatti and Alfre Woodard.

“There are heavy, intense moments when you’re on set and filming. But we had a lot of support within each other, a lot of respect, a lot of love on that crew and amongst the actors,” Fassbender stated, “So we were looking after each other, you know.”

Ejiofor is already getting some serious Oscar buzz for his skillful portrayal of Northup, which is quite exciting. The film premiered at TIFF and will be hitting theatres on Oct. 18, so look out for this one!

We’re glad such an amazing cast came together to bring this story to the big screen, we’re sure we will be hearing more about this film come Oscar season.