Glad to hear! Zac Efron is reportedly doing just fine after his very private and brief stay at a rehab facility for reasons unknown. He was last spotted at TIFF looking dashing. 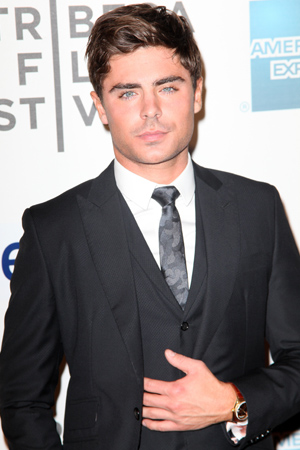 Zac Efron is looking fantastic if we do say so ourselves! The 25-year-old actor was spotted strutting his fine self down the red carpet at the Toronto International Film Festival for the premiere of Parkland, a drama chronicling three days before and after the JFK assassination in Dallas.

Efron is reportedly doing well after completing a rehab stint about five months ago. It is unclear why the actor checked into a rehab facility in the first place, but several different reports point to cocaine addiction or alcohol abuse.

Well, he is looking rather healthy and sober and all degrees of caliente, if you ask us.

Efron portrays Jim Carrico in Parkland — a 28-year-old first-year surgical resident who was the first to examine Kennedy’s body at Parkland Memorial Hospital after the shooting at the Dealey Plaza. The film hits theatres on Oct. 4.

Next year, you can catch Efron in The Awkward Moment and Neighbors, which also stars Seth Rogen. He’s keeping busy, this guy!

We’re glad Efron is taking care of himself and getting better. Work will definitely keep his mind off everything else; he’s one of the most in-demand actors in Hollywood right now!

Michael J. Fox confesses Parkinson’s made him a better actor
Beyoncé pulled off stage by fan in Brazil!
Miley Cyrus and Liam Hemsworth break up