Michael J. Fox is a pretty positive guy, no doubt about it! The actor confessed that Parkinson’s disease has pushed him to improve as an actor and explore new boundaries. 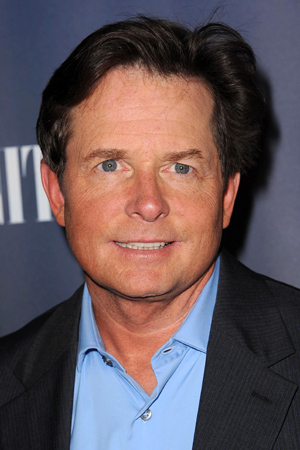 This man is just an endless source of inspiration!

With the looming premiere of his new series, The Michael J. Fox Show, on NBC, Michael J. Fox confessed in an interview with the Rolling Stone magazine that Parkinson’s disease has actually forced him to improve as an actor and be more inventive.

I had a certain fluidity to my movements and rhythm of speech and a physicality that I had depended on,” the 52-year-old actor stated. “It served me really well, but when that was taken away, I found that there was other stuff that I could use. That hesitation, that Parkinsonian affect, is an opportunity to just pause in a moment and collect as a character and respond to what’s happening and just gave me this kind of gravitas.”

Fox also revealed that he wasn’t certain if he wanted to take on the NBC show, but chose to follow through in the hopes of inspiring others.

Michael J. Fox is not thrilled about Swift dating son >>

Concluding, “And now it’s just like, ‘Okay, what’s happening?’ And something happens, I react to it and if nothing happens, I don’t react. I don’t worry about that bit I was going to do or the look I was gonna give because when I get there I may not be able to give that look or do that thing or move that glass.”

Fox was diagnosed with Parkinson’s disease in 1991 but did not officially confirm it until 1999. He has since launched The Michael J. Fox Foundation, which funds research and development of therapies and possible cures for Parkinson’s disease.

The Michael J. Fox Show is set to premiere on Sept. 26 on NBC.

Are you impressed yet? It’s great that Fox is public about the disease and uses it to motivate people, putting a positive spin on the situation. We’re excited to finally watch his new show; it’s bound to be empowering.