This is a bit too sudden! Miley Cyrus and Liam Hemsworth have called it quits after nearly four years together. The singer’s rep has confirmed the news. 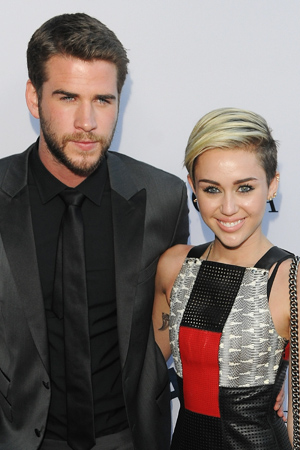 Whether you were in support of the union or not, it’s all over, folks.

Miley Cyrus and Liam Hemsworth have officially ended their four-year relationship. The news was confirmed to E! News by the singer’s rep.

Per sources, the breakup was reportedly “Miley’s decision, after coming to grips with Liam being what she believed was less than faithful to her.”

Cyrus is reported to be doing well and is focusing on the upcoming launch of her album, Bangerz. Hemsworth is currently in the process of moving his possessions out of the singer’s home.

The past week has not been an easy one for the couple, in terms of publicity. While the media is still buzzing about Miley’s racy VMA performance and her new music video for “Wrecking Ball” (where she appears nude), Hemsworth was accused of sexting Mad Men star, January Jones — a rumour the actor’s rep fervently denied. There may have been some truth in the gossip though, since Cyrus unfollowed Hemsworth on Twitter shortly after.

The couple have been together since 2009, after meeting on the set of The Last Song. The two announced their engagement in 2012.

Well, we don’t really know what to make of this… What happened? We hope these two are doing well regardless and will at least remain amicable; nobody wants a bitter media war. How do you feel about the break-up?