Cher revealed to Maclean’s magazine that she turned down a performance offer at the 2014 Winter Olympics in Russia because of the country’s anti-gay laws. 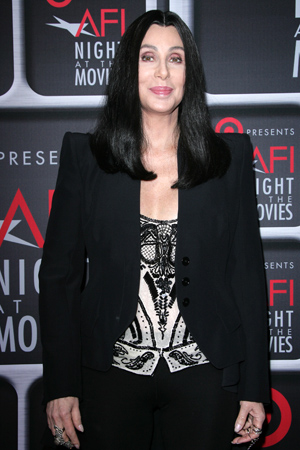 We suppose she won’t be hitting any Russian hotspots any time soon. . .

In an interview with Canada’s very own MacLean’s, Cher revealed that she was invited to perform at the 2014 Winter Olympics in Sochi, Russia, but refused the offer due to the country’s stringent anti-gay laws.

“I can’t name names, but my friend called who is a big oligarch over there and asked me if I’d like to be an ambassador for the Olympics and open the show,” she told the magazine. “I immediately said no. I want to know why all of this gay hate just exploded over there. He said the Russian people don’t feel the way the government does.”

The Russian government has been gradually implementing exclusive laws prohibiting the public discussion or display of gay rights — coined as “gay propaganda.” Cher is among many celebrities and human rights activists speaking out about the oppression of the LGBT community in the Eastern European country.

Cher is vocal about the issue not only because of her son, Chaz, but also because of personal experience with censure and torment.

“People hated Sonny [Bono] and I in the early days because we looked and acted so different,” the 67-year-old pop singer said. “Sonny was always getting into fights — people would called him ‘f*g’ and he’d get his nose broken — only because we were dressing different. And these were our street clothes! You can’t forget that.”

We applaud Cher for speaking out about the issue and for making it relatable through personal experience. Hopefully, those laws are on their way out!