Nothing she would not try! Taylor Swift stated that she is open to more acting roles, if the right script comes along. Send her some scripts, people! 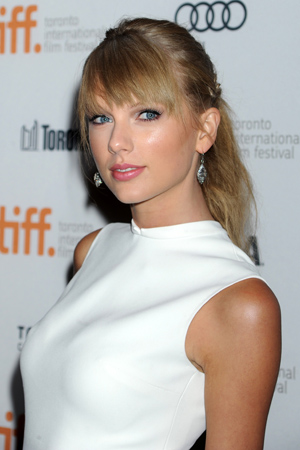 What doesn’t this girl do? Music, movies, fragrances. . .

Per E! News, Taylor Swift would not be opposed to delving into acting more, but only if the right script fell in her lap. You know she will pick up an Oscar some day.

“That’s always something that’s in the back of my mind, if the right thing came along,” the singer told E! at the Toronto International Film Festival.

Swift is not a novice to the acting game, having appeared in Valentine’s Day, New Girl, CSI: Crime Scene Investigation and even landed her voice in the animated film The Lorax.

The 23-year-old songstress was in Toronto recently, attending the TIFF premiere of One Chance, for which she has written a song.

Swift has pretty much conquered the music world already; maybe it’s time to explore film? We wonder what her next movie will be!