It’s time to move on! Harry Styles is reportedly dating the rising young model Cara Delevingne. The two have recently been spotted at a theatre together. 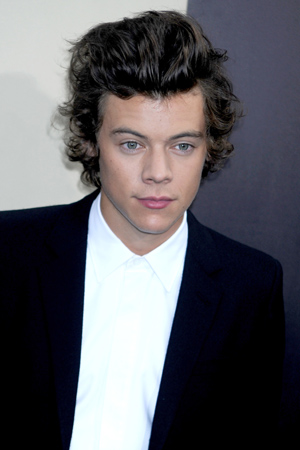 The two have reportedly been dating for about two weeks, and the 19-year-old One Direction-er is said to be really falling for the gorgeous 21-year-old model.

“Harry’s been chasing Cara nonstop. He really likes her and has been saying that he wants to be exclusive with her,” a source told E!.

Unfortunately, according to the source, Delevingne is not thinking of relationships at the moment and wants to focus on her blossoming career instead.

“She’s a top girl and she’s finding her feet right now. They are seeing each other though, casually, and are actually very cute together. Their friends think it could work out. . . He’s really chasing her, but she’s a really busy girl.”

Delevingne is set to fly off to Los Angeles soon to explore possible contracting options in the States; she is an “It” girl after all. But despite the busy schedules, the couple was spotted sneaking away on a date in London last week to watch Book of Mormon at a West End theatre.

Well, we shall see how this one turns out! Since nothing is concrete yet, no need to despair! They would be amazingly cute together though, wouldn’t they?