Not again! AMC crime drama series, The Killing, has been given the axe by the network for the second time. The show was brought back for a mere season. 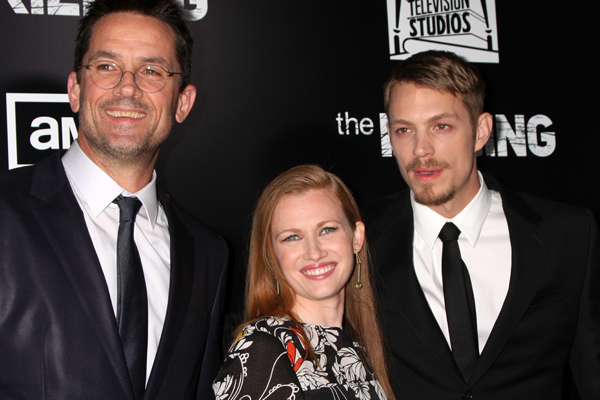 Even if this show was a cat, it’d still be running out of lives!

AMC has cancelled The Killing again following its third — and now final — season.

“We have made the difficult decision not to move forward with a fourth season of The Killing,” AMC stated on Tuesday. “We want to thank our great partners at Fox Television Studios, creator Veena Sud, an extraordinary cast and the dedicated fans who watched.”

The crime drama led by Mareille Enos and Joel Kinnaman was previously cancelled right after its second season, then brought back to life with some reinvigorating changes and now put down again.

The third season kicked off to 1.8 million viewers, but the finale brought in only 1.5 million. To compare and contrast, the show’s initial premiere raked in 2.7 million viewers.

The series was based on a Dutch crime show, but was set in Seattle, Washington. It followed two homicide detectives, Sarah Linden and Stephen Holder, through a myriad of murder cases.

We’re sad to see this show go, but all is not lost! Perhaps if the DVD sales skyrocket, AMC can bring this show back for the third time. . . It can be a tradition, a yearly cancellation, yes? How do you feel about The Killing’s cancellation?