Whoa! Alexander Skarsgård is joining Prince Harry in the Walking With the Wounded South Pole Allied Challenge, racing from South Africa to the South Pole. 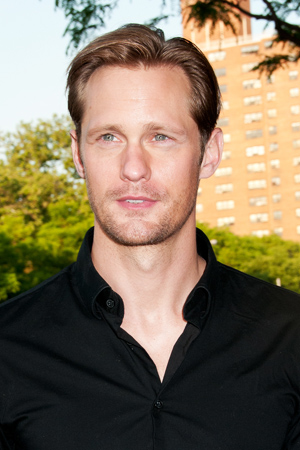 The incredible forces of Hollywood and the British royal house are coming together for a greater cause.

True Blood’s Alexander Skarsgård has joined the American team for the Walking With the Wounded South Pole Allied Challenge — a race from Africa to the South Pole aimed to raise money for wounded military servicemen.

The U.S. team will be competing against the British team, aided by Prince Harry himself, and the Commonwealth team (Canada and Australia) with The Wire’s Dominic West joining the ranks. The teams — celebrity patrons excluded — are entirely made up of wounded servicemen.

The race will span 16 days and covers 335 kilometres from Cape Town to the Geographical South Pole. The teams will trudge through treacherous conditions, with temperatures expected to drop below -30 degrees Celsius. The team members are expected to arrive in Antarctica in November and reach the South Pole by December 17, 2013.

“I’m honored to be working and training alongside these soldiers to raise money and awareness for this very worthy cause,” Skarsgård stated, via USA Today.

The teams have undergone cold weather training back in March and trained all through summer. They have a final snow preparation session in October. On Sept. 16, Prince Harry is scheduled to join his South Pole Allied Challenge teammates in a cold chamber, to acclimatize and test equipment in extreme temperatures.

This is serious stuff! We think it’s a fantastic feat to attempt for anyone, especially the wounded military personnel, who have already accomplished so much. It’s a great way to raise awareness and to bring in some money for the charity. Plus, it’s a race to the South Pole! Imagine the experience!