Although Daniel Radcliffe has taken on plenty of roles since Harry Potter, the actor has been unable to shake the shadow of the franchise. 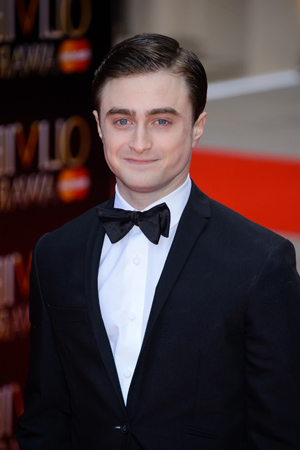 Some actors can only dream of starring in their very own franchise, but Daniel Radcliffe is actually trying his best to shed the image of the boy wizard, Harry Potter, whom he’s portrayed since he was 11 years old. The now-24-year-old actor does admit that it may never happen.

Radcliffe is currently in Toronto, having three films — Kill Your Darlings, Horns and The F Word — premiere at the Toronto International Film Festival.

Daniel Radcliffe wants to have children before 30 >>

“It’s very exciting because they’re all so different,” he told E! News. “I hope that people see as many as they can.”

Despite branching out, Radcliffe is aware that to most people he remains the bespectacled wizard who defeated Voldemort.

“There’s never going to be one film that comes out that officially breaks me away from Harry,” he said. “It’s a process. But I definitely think that these three films are a part of that.”

Adding, “You don’t make a long-term plan in the film industry because it’s very hard to.”

We think there’s nothing wrong with being associated with a particular character, like Harrison Ford is most remembered as Indiana Jones or Han Solo. The great thing about it is that Radcliffe’s Harry Potter fan base follows him and grows as he takes on new projects. He can’t wait to see where his career will take him next!