Cynthia Nixon is further shedding her Sex and the City skin and taking on a role of an FBI boss in the NBC serial killer thriller, Hannibal. You definitely don’t want to mess with this gal! 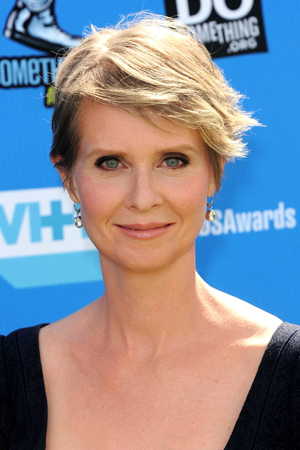 Well, at least Cynthia Nixon is. The 47-year-old Sex and the City actress is on board as a recurring character for the second season of this NBC thriller, which will premiere midseason.

Nixon will play Kade Prurnell, an employee of the Office of the Inspector General in FBI Overnight. She will be called in to investigate the criminal mess (and what a mess it was!) from season one and will be Jack Crawford’s (Laurence Fishburne) new boss. We sense draaama!

Nixon is, of course, no stranger to television, having been a regular on Sex and the City as well as recently appearing in 10 episodes of The Big C. She’s keeping busy!

We’re quite excited to see the actress taking on a role in a differently paced TV show, but we’re sure she’ll do great! What’s going to happen in season two? Who will perish? Nobody knows.