Now, there’s a great business model! One Direction’s debut fragrance has raked in more than $500,000 in its first week, making it one of the fastest selling perfumes. 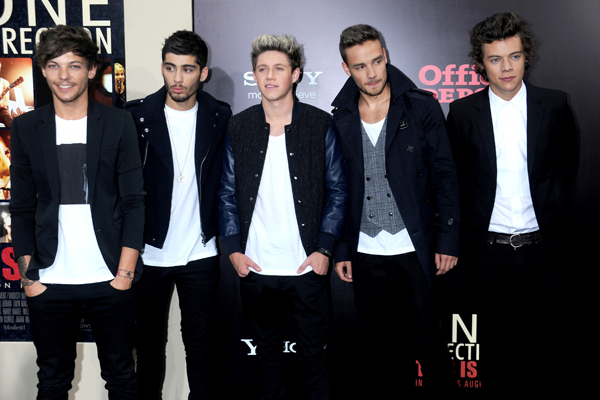 So, everything they touch turns to gold. Who knew?

The boys of One Direction — Louis Tomlinson, Harry Styles, Niall Horan, Zayn Malik and Liam Payne — must be mighty proud of their first fragrance, One Moment, which earned quite a pretty penny in its first week of release.

One Direction covers “I Want It That Way” >>

“Our Moment is predicted to sell around 180,000 units in the first week alone, making it one of the fastest-selling fragrances of all time,” stated CEO of Escentual.com, Rakesh Aggarwal.

“It’s certainly looking like it’s going to be the most successful celebrity perfume launch of the year and sales in America are expected to be bigger still.”

According to The Daily Mail, the perfume — which debuted at Harrods on Aug. 25 — is projected to earn a whopping 360,000 pounds ($586,000 CAD) in its first week. The figure is currently an estimate calculated from pre-order sales as well as the 3,000 units sold in the two days the fragrance lasted on the shelves at Harrods.

One Direction’s perfume sold out >>

The perfume is concoction of grapefruit, red currants and berries, which is a very pleasing combination for the ladies, but the pre-order waiting list for the fragrance was 20 per cent male, and the age of customers ranged from 16 to 68 years old.

These guys are on their merry way to making history! Way to go. Now, if only we could get our hands on a flask of this fruity goodness!