Gwen Stefani and Gavin Rossdale have confirmed that they are expecting a third child. The couple already have two sons, Kingston and Zuma. 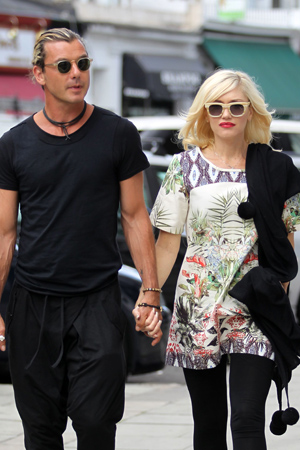 We, in the most selfish way possible, are hoping that it’s going to be a girl this time!

Gwen Stefani and her husband, Gavin Rossdale, are expecting their third child!

“She and Gavin couldn’t be happier,” a source told In Touch.

That’s right, the 43-year-old No Doubt singer and her 46-year-old rocker counterpart are going to have another gorgeous, fashionable little one running around! Which is why we’re hoping it would be a girl; can you image how stunning she’d be?

The couple have been married since 2002 and already have two sons together — seven-year-old Kingston and five-year-old Zuma.

Stefani has previously stated that she was ready for another child, but it wasn’t working out. These two must be so elated right now!

So, who’s it going to be? And what should we name him/her? But before we get carried away, we’d like to congratulate the happy parents and the boys on their future addition!