Justin Bieber was unexpectedly attacked whilst on this way to the dance floor in a Toronto nightclub. The assailant ran off with the singer’s gold chain as well. 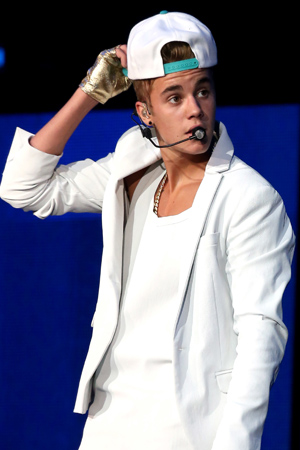 Maybe this was Providence’s way of telling him to grab some bench (after too-much clubbing) or just a feisty man on the dance floor. Hard to discern.

Justin Bieber was attacked on his way to the dance floor at the Uniun Nightclub in Toronto on Friday. That’s right, attacked.

Justin Bieber kicked out of nightclub >>

“He was in the VIP area with his friends for about an hour or so. He was really low-key, seemed to be enjoying himself. Then, he went down to the dance floor to chat with some pretty girls. . . When he made his way to the other side of the room he was attacked,” a fellow club patron Robbie Stilez told E! News.

According to eyewitnesses, the attacker was immediately kicked out of the club while Bieber’s entourage held the star back. The attacker reportedly made things even more personal when it was discovered that he nicked one of the pop star’s gold chains. It has yet to be recovered.

Never a dull moment with Mr. Bieber! We do wonder what the motivation for the unexpected attack was and how Justin was even recognised in the pitch black of a nightclub?

Luckily, Bieber walked away unscathed. What do you think happened there?