Former ‘N Sync singer Lance Bass has proposed to his beau of two years, Michael Turchin, and made it public via adorable Instagram photo. 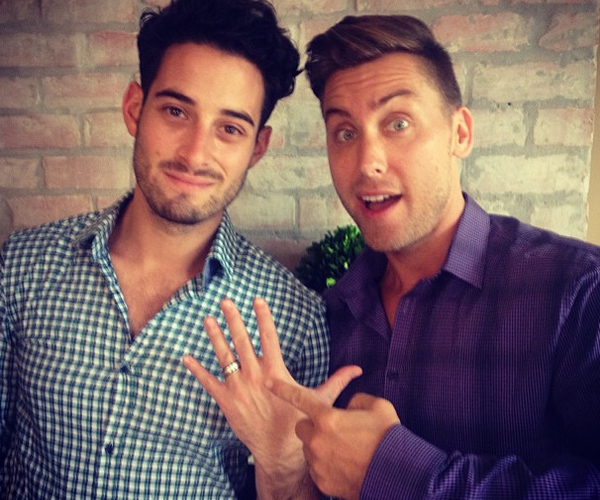 Well, this is certainly an occasion to celebrate! The former ‘N Sync singer Lance Bass has proposed to his long-time boyfriend, Michael Turchin, and announced the news via Instagram on Sunday. Hip, hip hooray!

“He said YES!! Love this man @michaelturchinart,” read the caption for the photo of the couple showing the gold engagement ring.

VMAs: ‘N Sync reunion and winners of the night >>

Bass’ newly-branded fiancé followed up the announcement with his own confirmation on Twitter, tweeting, “Happiest guy in the world :).”

The couple has been together since December 2011. Bass came out as gay in 2006 and has previously dated Reichen Lehmkuhl (winner of the Amazing Race) as well as Pedro Andrade.

This is great news indeed! Who will wear what and when? Who’s on the guest list? Will Justin Timberlake be in attendance? Can ‘N Sync reunite for the wedding song? So many questions, and so few answers!