If you could rewind the clock, what would you do differently? With the upcoming release About Time by the makers of Love Actually and Notting Hill about to hit cinemas, we thought we’d share our top 10 time travel movies with you. 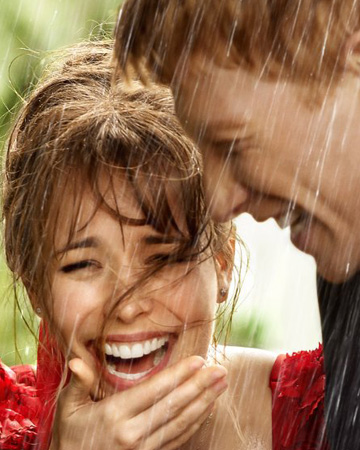 Get back to the future

If you could rewind the clock, what would you do differently? With the upcoming release About Time by the makers of Love Actually and Notting Hill about to hit cinemas, we thought we’d share our top 10 time travel movies with you.
1

No time travel movie list is complete without this ’80s classic. Marty McFly (Michael J. Fox) is accidentally sent back to 1955 by mad scientist Doc Brown. Anything Marty does in the past affects his future, and when his mother falls madly in love with him, he has to act quickly before he ceases to exist. It’s a hilarious adventure suitable for the whole family. Be sure to check out the sequels.

See these movie-inspired ways to be young at heart >>

What if, when you turned 21, you found out you could travel through time? That’s exactly what happens to geeky Tim Lake (Domhnall Gleeson). After another tragic New Year’s, he decides the one thing that would improve his life would be to have a girlfriend. Using his time-travel skills, Tim has the ability to rewind time when he does something dorky, allowing him to win the heart of Mary (Rachel McAdams).

Take the quiz: How romantic are you? >>

Relationships are hard enough without your partner involuntarily time-travelling. Clare Abshire (Rachel McAdams) knows Henry DeTamble (Eric Bana) is a time traveller. They’ve met before, only he can’t remember. The pair fall in love and get married, but with his unavoidable absences, the path to true love doesn’t run smooth.

Two brain-dead slackers, Bill (Alex Winter) and Ted (Keanu Reeves), are flunking high school. A time-travelling dude in a telephone booth takes them back in time to round up a bunch of historical figures for their history project. This movie became a cult classic and is well worth a laugh if you’ve never seen it.

Eleven-year-old Kevin joins a band of dwarfs as they travel between time periods to find treasures. Created by the mad bunch behind the Monty Python movies, Time Bandits stars Sean Connery, John Cleese and Michael Palin in their prime. It’s written by Terry Gilliam, writer of Life of Brian and Monty Python and the Holy Grail.

It’s 1876, and Leopold (Hugh Jackman) is a duke who lives in New York. When a strange man shows up in his world with an object Leopold has never seen before, he follows the stranger and ends up back in the present day. He meets and falls in love with Kate McKay (Meg Ryan), a New York businesswoman. But how can their love survive when they’re each from different times?

Life isn’t exactly turning out how Adam (John Cusack), Nick (Craig Robinson) and Lou (Rob Corddry) imagined. After Lou’s failed attempt at suicide, the guys, along with Adam’s nephew, decide to head to a winter resort where they used to party. A malfunctioning hot tub takes them back to 1986. They’re tempted with the option to change their sad excuses for lives, but it’s not without its consequences.

While on vacation in Paris, Hollywood screenwriter Gil (Owen Wilson) falls in love with the city and wants to get married and move there. While wandering the streets late at night, he mysteriously ends up back in 1920, hanging out with Hemingway and Picasso. His fiancée, Inez (Rachel McAdams), doesn’t share Gil’s passion, and each night he disappears seems to be putting greater distance between him and the woman he loves.

Captain Colter Stevens (Jake Gyllenhaal) is part of a government experiment called the Source Code, a program that enables him to cross over into another man’s body for the last eight minutes of his life. After a terrorist incident, Colter relives the incident over and over again, gathering clues each time until he can solve the mystery.

Wouldn’t you love to have some of these cool movie gadgets? >>

Imagine having access to a universal remote control that allows you to fast-forward or rewind to different times in your life. Michael Newman (Adam Sandler) is thrilled when he discovers his remote control has the ability to allow him to time-travel. Things take a turn for the worst when the remote control seems to override Newman’s decisions.

Horror movies you shouldn’t watch alone
Lessons from the movies: What to do when technology attacks
The real crime stories behind the movies