This is what we have been waiting for! Jay Z has released the music video for “Holy Grail” on his official Facebook page and, like the single, it features Justin Timberlake. 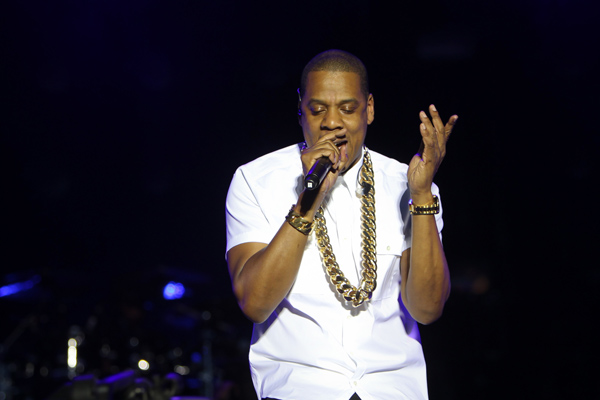 The much-anticipated video for Jay Z’s “Holy Grail” featuring the vocal accompaniment of the talented Justin Timberlake — who, coincidentally, is also his touring buddy — has been released today through the rapper’s Facebook page on Thursday.

For most of the music clip, we see Jay Z rapping, surrounded by some intense imagery of limbless Greek-style statues scattered about in what appears to be an abandoned building, sitting in front of several television screens. Timberlake intercuts for the soulful bridge of the song, walking through a room of live statues under white covers and later surrounded by fire. Didn’t we say intense?

The video has is it all: visual rawness, force, subtle allusions set to carefully designed lyrics and performed by two of the most influential artists in the music industry today.

We also enjoyed the neat trick of slowing down Jay or Timberlake’s singing for emphatic purposes; it was unexpected but worked in the format.

“Holy Grail” is a single from Jay Z’s 12th studio album, Magna Carta Holy Grail, which was released in July.

Check out the video and let us know what you think!