This is exciting! Bryan Cranston was reportedly cast as Lex Luther in the upcoming Man of Steel sequel, but the official announcement will not be made until next month. 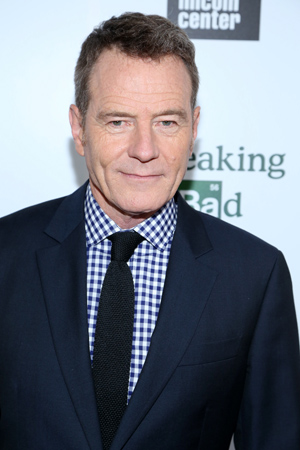 Wow, we have not been this excited since Christmas.

According to recent reports, Breaking Bad’s Bryan Cranston may have bagged an enviable role in the Man of Steel sequel — as Superman’s archenemy, Lex Luther. Dun dun dun!

Per Cosmic Book News, the 57-year-old actor not only locked in the role, but also a contract for at least six subsequent films. Now, there’s a good deal!

Who is your favourite Superman? >>

Warner Bros. is allegedly waiting for the Breaking Bad finale to air (Sept. 29), before making the official announcement.

As to Cranston’s character, Lex Luther is a tricky one to portray. Initially imagined as a mad scientist with a full head of flaming red hair, he has since lost his hair through a series of character evolutions.

His portrayal on TV and in comic books varies from power-hungry mad-hatter to a white-collar criminal industrialist. It will definitely be interesting to see the direction the character will take in the Man of Steel sequel.

We think Cranston is a perfect choice for this villain; he is an incredibly versatile and talented actor. What do you think of the casting choice?