In anticipation of her newest record, Miley Cyrus released a new single, “Wrecking Ball,” and revealed the cover art for her album, Bangerz. 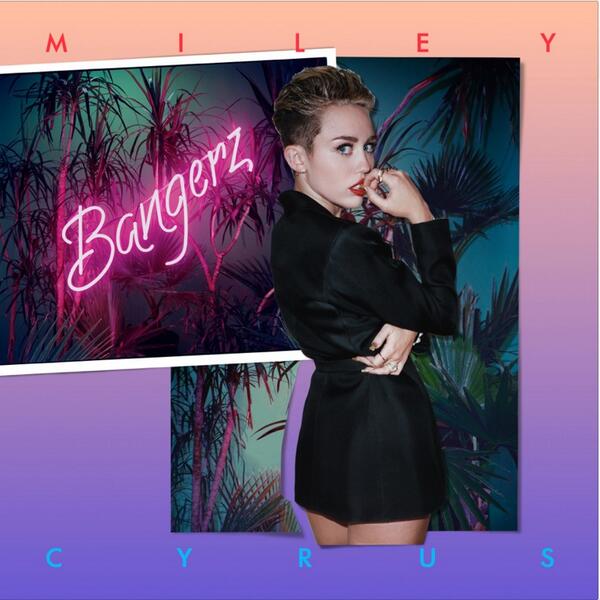 All in day’s work for this gal!

Before twerking up against Robin Thicke at the 2013 MTV Music Video Awards, Miley Cyrus revealed a few more details about her upcoming album and dropped a brand new single!

The 20-year-old tweeted the cover for her new album Bangerz on Saturday, accompanied by the caption, “You know the vintage YSL don’t stay on for long ?#bangerz ?#october8.”

The cover definitely screams 80s with the dodgy arrangement, bright hues, the neon sign atop a palm trees photos and Cyrus’ mysterious facial expression. We’re not quite sure what “Bangerz” means or whether it suits the cover, but we rather like it!

Cyrus also released a new single, “Wrecking Bal,l” on Saturday, which will definitely be featured on her album. The song is less twerk-related and more of a pop ballad with a rock edge. It reminds us why we fell in love with Miley in the first place, back when fewer clothes did not equate better singer.

Give it a listen, and let us know what you think! Bangerz is set for release on October 8.