What a show! This year’s MTV Video Music Awards were amazing! We saw some great performances from Lady Gaga, Miley Cyrus and a real ‘N Sync reunion. 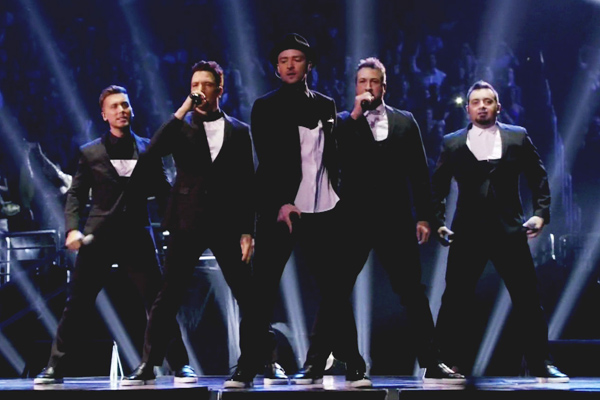 It really did happen, y’all!

The heavens parted, the pearly gates opened and from the depths of the skies ‘N Sync descended upon the 2013 MTV Video Music Awards for a reunion performance.

All five members of the boy band — Justin Timberlake, JC Chasez, Lance Bass, Joey Fatone and Chris Kirkpatrick — had the crowd going wild with a medley of their famous hits like “Bye Bye Bye” and “Girlfriend,” before shifting back to a J.T. tribute. Taylor Swift, Selena Gomez and even Lady Gaga herself were up dancing and grooving to the sweet tunes of their teenage years. It was beautiful.

The rumours of the band’s reunion have been swirling for quite some time, and we are so glad they turned out to be true! We haven’t giggled this much into our pillows for a long time.

Other notable performances of the night include Lady Gaga wading through an array of her hits, whilst changing costumes and wigs, before settling on a shell bikini-thong ensemble for the rest of the night. We got to see Miley Cyrus hit the stage to perform “We Can’t Stop” and then be joined by Robin Thicke for a rather raunchy performance of “Blurred Lines.” Macklemore & Ryan Lewis were joined on stage by Jennifer Hudson for an incredible performance of “Same Love.” It was a phenomenal and emotional rendition!

Overall, the show blew us away with surprise appearances from our favourite artists and was well put together. Well, done!

If you happened to miss the show, fear not! Here is the full list of winners: