Hunger Games announcement coming through! Natalie Dormer, famed for her role on Game of Thrones, has been cast in the final Hunger Games films. 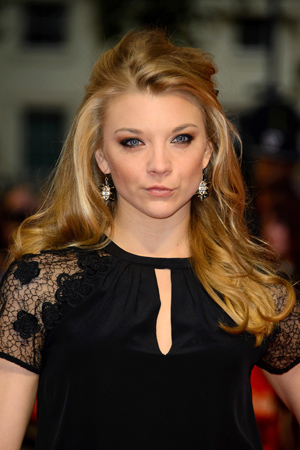 The gorgeous Game of Thrones actress, Natalie Dormer, has joined the cast of Mockingjay Part 1 and Part 2, the final instalments of the Hunger Games film series.

The 31-year-old actress bagged the role of Cressida — a resident director from the Capitol, who joins the rebellion with her camera crew and documents it to increase morale amongst rebels across all Districts.

Dormer is the first new casting announcement for Mockingjay, since most of the actors from the previous movies appear in the final films as well. Per rumours, Julianne Moore is negotiating for a role in the movies as Alma Coin, rebellion leader in District 13.

If Dormer seems familiar to you, it’s probably because she’s been all over the tube lately. The 31-year-old actress plays Margaery Tyrell in Game of Thrones, Irene Adler in ABC’s Elementary and Anne Boleyn in The Tudors. Talk about keeping busy, eh?

We think Dormer is great choice for such an influential character like Cressida and, given her acting chops, she’ll only be a merit to the already highly successful franchise. While we wait for Mockingjay, the second Hunger Games film Catching Fire hits theatres November 22, so you can get your fill of the rebellion and Katniss.

What do you think of Dormer as Cressida?