In a bold move, Wentworth Miller penned an open letter to decline an invitation to a Russian film festival, meanwhile revealing that he is gay. 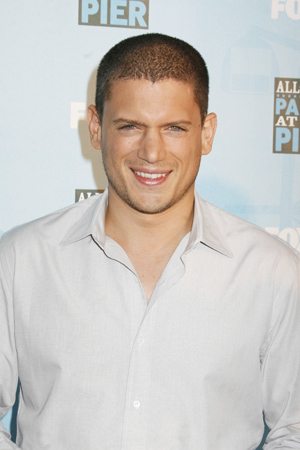 Prison Break actor, Wentworth Miller, has publically revealed his sexuality in a response to an invitation to the St. Petersburg International Film Festival in Russia.

“Thank you for your kind invitation. As someone who has enjoyed visiting Russia in the past and can also claim a degree of Russian ancestry, it would make me happy to say yes,” the actor wrote in his response to Maria Averbakh, director of the festival, as posted on the GLAAD website. “However, as a gay man, I must decline.

“I am deeply troubled by the current attitude toward and treatment of gay men and women by the Russian government. The situation is in no way acceptable, and I cannot in good conscience participate in a celebratory occasion hosted by a country where people like myself are being systematically denied their basic right to live and love openly.”

Adding, “Perhaps, when and if circumstances improve, I’ll be free to make a different choice.”

“Wentworth’s bold show of support sends a powerful message to LGBT Russians, who are facing extreme violence and persecution: you are not alone,” he wrote. ” As people from across the globe continue to speak out against Russia’s horrific law, more celebrities and corporations should follow his courageous lead in openly condemning Russia’s anti-LGBT law.”

Russia has recently implemented a controversial law prohibiting “gay propaganda” (including t-shirts, slogans, hand-holding in support of or by LGBT community members), with heavy fines for exposure of minors to any information or display of “nontraditional sexual relations”. President Vladimir Putin has also passed a law barring same-sex couples or couples living in an LGBT-accepting country (like Canada) from adopting Russian children.

We certainly applaud Miller for his courage and support of the oppressed members of the LGBT community in Russia. We just hope those laws will be repealed soon.