We knew this day would come: Zayn Malik and girlfriend, Perrie Edwards, are engaged since this past weekend. The couple has not set the date yet. 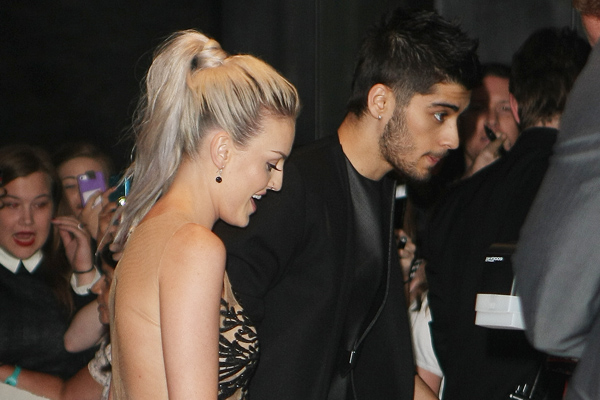 There are not enough tissues in the world to sustain this kind of emotional state! Zayn Malik is now officially off the market — presumably forever, y’all — as of this weekend.

The 20-year-old One Directioner is engaged to his girlfriend, Perrie Edwards. And, unfortunately for so many tweens out there, this is not a rumour and has already been confirmed by the rep for the boy band.

Perrie — who is a member of a girl group, Little Mix (also birthed by X Factor) — was on hand at the London premiere of This Is Us on Tuesday, wearing a stunning (and huge!) three-diamond ring.

Edwards’ mother, Debbie Duffy, also confirmed the engagement on the Real Radio North East’s Gary & Lisa Show on Wednesday, stating, “It’s true. They got engaged on Sunday, and it was absolutely lovely.”

Adding, “He did the traditional asking me and then asking his mum and dad and everything.”

The couple allegedly started dating back in 2011, but their relationship was not official until April 2012.

Well, there you have it! Fear not, the wedding will not be taking place any time soon. The two have too much on their plates right now. What do you think of the engagement?